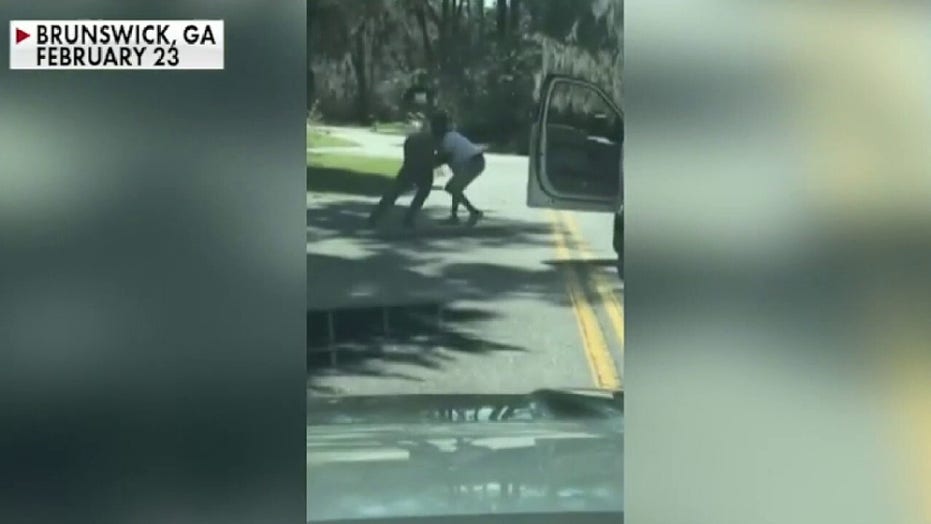 The state of Georgia is calling for a federal investigation into how local prosecutors handled the shooting investigation; Jonathan Serrie reports.

When I first saw the horrifying video of the shooting death of Ahmaud Arbery, I was sickened to my core. I’ve worked in the criminal justice system since 1989, as a law enforcement officer, prosecutor and defense attorney. I have worked more murders than I care to remember, and I’ve seen all sorts of graphic evidence, yet this video shook me.

I’m not alone. The emotional response to this video caused such an uproar it got the attention of Georgia Gov. Brian Kemp, who immediately offered the assistance of the Georgia Bureau of Investigation (GBI). They, in turn, arrested Travis and Greg McMichael for murder within 48 hours of taking over the investigation.

At face value, this feels like a clear case of murder with an eventual conviction a foregone conclusion. But I’m not sure a conviction is certain. Why? Because of the early involvement of a Georgia district attorney who later dropped an investigative land mine into the case that creates a blueprint for a potential acquittal and will certainly make the prosecution’s job much harder than it needs to be.

According to a May 10 press release from the state Attorney General's Office, in the immediate aftermath of the shooting, DA George Barnhill of the nearby Waycross Judicial Circuit injected himself into the case – where he had, at that time, no jurisdiction – and was instructing local police that he saw no reason to charge anyone. This, of course, before any meaningful investigation into all the facts had occurred.

When the Brunswick district attorney had to recuse herself because Greg McMichael had worked for her as a criminal investigator, Barnhill was brought in to oversee the case.

Barnhill nearly immediately concluded, largely on the basis of video evidence, that there was no probable cause to charge anyone with any crimes. He quickly concluded the shooter was acting in clear self-defense. But he didn’t stop there.

Even though Barnhill himself was eventually recused from the case because he is the father of an assistant DA in Brunswick – upon his departure he dropped a poison pill into the case file that could derail the entire prosecution.

In early April 2020, Barnhill sent a letter to Glynn County Police setting out a detailed analysis of the facts of the case and explained why, under Georgia law, there should be no arrests.

Barnhill’s letter, which seems like a reasoned analysis, concludes these two men acting lawfully wound up defending themselves from a fleeing felon who attacked them.

This is a defense lawyer’s dream. A letter – complete with the official DA’s letterhead – concluding the defendants should never have been arrested. It’s a blueprint for a trial defense that could easily lead to an acquittal.

And there are other problems. Most importantly, the letter is based on erroneous factual assertions and flawed legal conclusions.

First, Barnhill says the McMichaels were lawfully making a citizens’ arrest as authorized by Georgia law. He says they had “solid first hand probable cause” and were in “hot pursuit” of a “burglary suspect.” That simply is not true.

The first shot is clearly heard being fired while Arbery is in front of the truck. There was, in fact, a life or death fight for control of that shotgun – Arbery was trying to disarm his attacker.

Although video has now emerged that shows Arbery entering a nearby house under construction, there is no apparent evidence that he was committing a burglary. At most, this video shows a trespass. Burglary requires an intention to commit a theft or a felony. The video does not show that. Arbery is not seen leaving that construction site with any stolen property.

There’s no way to know for sure why he was at that location, but the fact remains there is no way the McMichaels could have concluded he was a burglar from the mere fact that he had visited, for whatever reason, this house under construction.

Second, Barnhill concludes Arbery “attacks Travis McMichael" and tried to take McMichael’s shotgun away from him and that McMichael was, therefore “allowed to use deadly force to protect himself.” I disagree.

Under Georgia law, a person can’t claim self-defense if they start the fight. Barnhill says he sees on the video that Arbery attacked McMichael after making an abrupt left turn toward where the shotgun-wielding McMichael was standing. This initial altercation occurred in front of the parked pickup truck and out of the view of the camera. There is no way Barnhill could see that from the video.

The first shot is clearly heard being fired while Arbery is in front of the truck. There was, in fact, a life or death fight for control of that shotgun – Arbery was trying to disarm his attacker. I would have done the same thing. Sadly, Arbery lost the fight and lost his life after more close-range blasts from the shotgun.

Barnhill’s letter simply glosses over the fact that the fight for the shotgun took place AFTER McMichael had already shot Arbery.

To be fair, we don’t know exactly what happened in that one second in front of that truck. But absent any other evidence, there is just no time for anything much other to have occurred than for McMichael to have pulled the trigger.

Nevertheless, this letter is a HUGE problem for the GBI and the new prosecutor. It is out in public and fueling the public discussion. And if experienced prosecutors and the head of the GBI – an experienced criminal lawyer (defense and prosecutor) and former judge – can't agree on probable cause for an arrest, I doubt a jury will be able to agree that anyone is guilty beyond a reasonable doubt.

Did Barnhill knowingly inject a poison pill into the investigation? If so, why? Was he trying to sabotage any future prosecution?

These are legitimate questions that Barnhill will be called on to answer. Georgia's attorney general has now asked the U.S. Department of Justice to investigate this investigation – including Barnhill's early involvement and his letter.