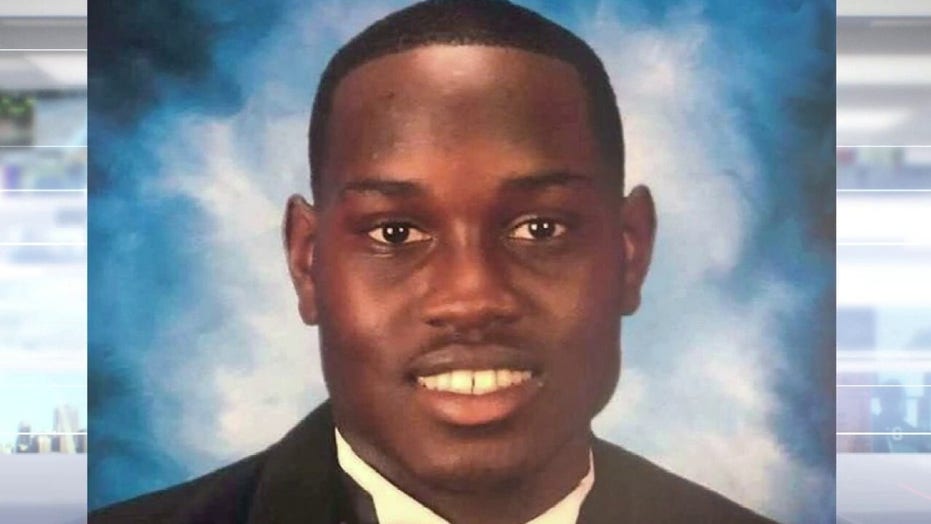 Our nation and the entire world are dealing with an unprecedented pandemic. The coronavirus has halted the global economy, left thousands dead and put poor nations into famine.

In this extraordinary time, the thought of political division seems unthinkable and yet we see it, either in politicians fighting over our response to the virus or in relation to issues involving presidential candidates. If the coronavirus has taught us anything, it would be that it’s time to realign our priorities for the better.

I understand if people think otherwise. At one point I just lived for watching my favorite sports team or going shopping for a fresh Zara suit and that new pair of loafers. But today my priorities just seem different.

That’s why it has been so difficult to watch the news lately, particularly the story of the cold-blooded shooting of Ahmaud Arbery in February in a neighborhood outside Brunswick, Ga. With the recent release of a video of the shooting, the story is now all over TV and social media. I understand the passions surrounding it, but we cannot let this terrible story become politicized.

Instead, we must lock arms as Americans in the name of human rights. The death of 25-year-old Ahmaud Arbery should anger all Americans, particularly the citizens of Georgia.

The video is horrifying. It shows Arbery jogging down the street in a suburban neighborhood and attempting to run around two armed white men and their pickup truck, which is stopped in the middle of the road.

A shot is fired and Arbery is seen desperately defending himself against one of the men while the other stands in the back of the truck. A second shot is fired. And then a third.

According to the police report, the two white vigilantes – Gregory McMichael and his son Travis – told police there had been a series of burglaries in the neighborhood and they thought Arbery, whose family said he was out for a jog, fit the description of the burglar.

This horrifying crime, with two white vigilantes literally taking the law into their own hands, defies all common human decency.  There is no justification for this.

The older McMichael told police he was in front of his house when Arbery jogged by. He ran inside to alert Travis and grabbed a .357 Magnum, according to the police report, and Travis armed himself with a shotgun. They “didn’t know if the male was armed or not,” Gregory McMichael told police.

Then they gave chase and the black men they were hunting was soon dead on the street.

This horrifying crime, with two white vigilantes literally taking the law into their own hands, defies all common human decency.

There is no justification for this.

The thought that any American feels like they have the God-given right to hunt down another human in broad daylight, someone they “suspect” might have committed a burglary, is beyond disturbing.

If I, a black man, had jumped into a truck with my father and lynched a white man while he was jogging in Georgia, we would have been arrested immediately. Or even possibly shot down when the police arrived to arrest us.

But Gregory and Travis McMichael are still free. They haven’t even been arrested, though perhaps that will change now that the release of the video has brought attention – and justifiable outrage – to the case.

I run an education program in the Georgia State Prison system that focuses on business and leadership transitions. The vast majority of my students are black men, ranging from their early 20s to late 50s. Many are serving 10 to 20 years for drug-related offenses. Most have never committed a violent crime and certainly not murder.

Because of them, the tragic death of Ahmaud Arbery hits especially close to home.

Could they be the next victims of a lynching like the one in Georgia?

This should not be the reality in America in 2020.

Two years ago, lawmakers of both political parties and President Trump put politics aside and made unprecedented moves to improve our federal criminal justice system through the First Step Act.

Because of that action, several thousand black men have gotten their excessive sentences reduced and have returned to their families.

As Americans, it’s time to get past the politics when it comes to the realities facing our black men in the current criminal justice system.

In that spirit, lawmakers and President Trump must speak up and encourage states like Georgia and many others to hold racially motivated hate crime offenders accountable, while bringing fairness and balance to prison sentencing which disproportionately affects black men.

An immediate bipartisan push for justice will help to make sure that Ahmaud Arbery did not die in vain, while bringing a country closer together around the principles that make us all proud Americans.