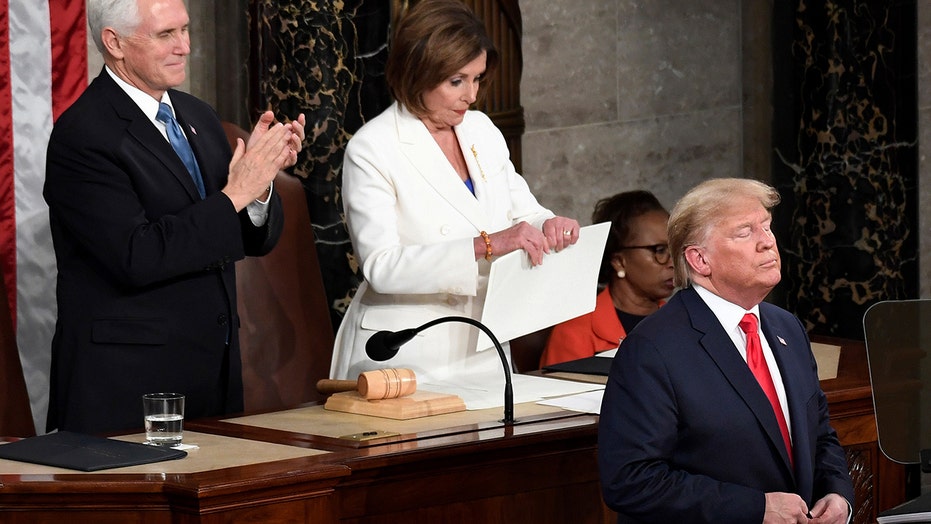 Gidley also suggested to host Dave Anthony that more Democratic-led investigations may be in the works with an eye toward impeaching Trump a second time.

"I push back a little bit on the premise that we're in a post impeachment world. I mean, they're still talking about bringing more articles and having more investigations," Gidley said. "I mean, they can't get out of their own way."

Gidley said Pelosi's actions during the State of the Union proved that the White House and President Trump were telling the truth about what was happening behind the scenes of government.

"When Nancy Pelosi comes over here and we try to brief her on border numbers, she says they're not true, gets up and leaves and walks right to a camera and says, 'The president was wrong and he's a bad person,'" Gidley said. "Then she comes in, hears [of] troop movements in Syria. [She gets] An update on all of the information we're giving her as relates to the military. She gets up after two minutes, walks right to the cameras. 'I just can't work with the president. He's just... he's mean. And... he's childish.' And all these types of things.

Gidley also told the podcast he's confident President Trump, who he called an "incredible dealmaker," and the Democrats can come together to agree on a budget after the president had arguably his best week in office.

"Democrats want to hold every dollar hostage that we wanted to spend so that they could spend money on their things as well," Gidley said. "So we know that going in, we put together an aggressive budget that hopefully balances and gets us back into fiscally responsible mode."