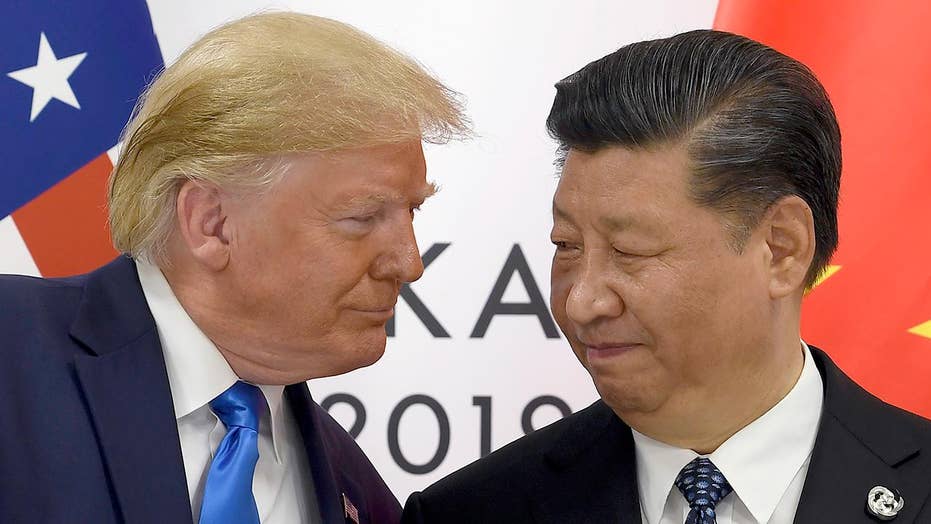 US, China in war of words after massive fentanyl shipment is seized in Mexico

China says the U.S. can 'do more' to reduce the fentanyl demand after the U.S. says China is to blame for much of the fentanyl trafficking in the States.

Washington Post readers were treated to an eight-page “advertising supplement” on Thursday touting the achievements and talking points of the Chinese government in a section of the paper that's off-limits to Post editors.

The special section, dubbed “ChinaWatch,” came with a warning declaring, “Content in this advertising section was prepared by China Daily, and did not involve the news or opinion staff of The Washington Post.”

Earlier this year, the Washington Post’s own editorial board declared that China had launched a “massive campaign of cultural extermination” against Uighurs and other Muslims in the Xinjiang region of the country. The Post’s editorial board described the “gross bigotry with which Chinese authorities view the Uighurs” and called for bipartisan legislation as a result.

“We have run the China Watch advertising supplement for more than 30 years. The China Watch advertising supplement has always been clearly labeled as such. Every page of each advertisement states that the supplement was prepared by China Daily and did not involve the news or opinion departments of The Washington Post. In addition, the layout and format of the supplements differs from our editorial content in a number of ways, including headline style, body font and column width,” a Washington Post spokesperson told Fox News. The newspaper did not comment on how much money it received for publishing the special section.

Media Research Center vice president Dan Gainor told Fox News he was taken aback when he saw the eight-page section in the Post.

“Are they so desperate for cash, when they are owned by one of the richest men in human history, that they have to publish propaganda for communist China?” Gainor asked.

Gainor then joked, “We’ve always called it Red China, but the Washington Post wants to make sure it’s always read.”

The Washington Post is owned by Amazon founder Jeff Bezos, who reportedly is the richest person in the world with a net worth of over $100 billion dollars. Under Bezos’ control, the Post began using the slogan “Democracy Dies in Darkness” in 2017 as Trump was feuding with the media.

The “China Watch” section of the Post also included a look back at comments then-President Richard Nixon made in 1971 about American leaders seeking to normalize relations with China and a tidbit about China being a rapidly growing market for venture capitalists.

Washington Post readers also were provided stories about Chinese tech companies, the introduction of high-speed trains across the country and a piece examining young job seekers who find success working in the communist nation’s tourism industry.

China Daily did not immediately respond to a request for comment.

In 2013, journalist Mitch Moxley detailed his time working for China Daily in a feature for The Atlantic. Moxley said he spent the majority of his time writing “government-friendly puff pieces” and wasn’t allowed to criticize local issues, such as a counterfeit silk market he discovered.

“Many of the articles weren't so much arguments supported by fact, but rants supported by nothing. Many violated everything I had ever learned about journalistic ethics,” Moxley wrote.

This week, there have been rapid-fire developments in the trade fight between the U.S. and China. The president, after urging American businesses to abandon China, over the weekend threatened to declare a national emergency and freeze those relationships—as China imposed retaliatory tariffs on $75 billion in U.S. goods and the Trump administration announced increased tariffs on $550 billion in Chinese goods.

“Meanwhile, overseas expansion of #China Communist Party-controlled media continues,” Herman added, with a link to a Financial Times report that China’s state TV was preparing to launch in Europe despite critics labeling it propaganda.