ABC's selection of Jorge Ramos as a moderator for their Democratic debate coverage next month is drawing some criticism on social media.

The Univision anchor has said "neutrality" on President Trump "is not an option" and has also called Trump the “most anti-immigrant president" in decades, according to The Hill.

Ramos has loudly criticized the administration’s immigration policies and in one contentious exchange in 2015, then-candidate Trump told Ramos to “sit down” and “go back to Univision." He was thrown out of the Dubuque, Iowa, event for asking a question without being called. 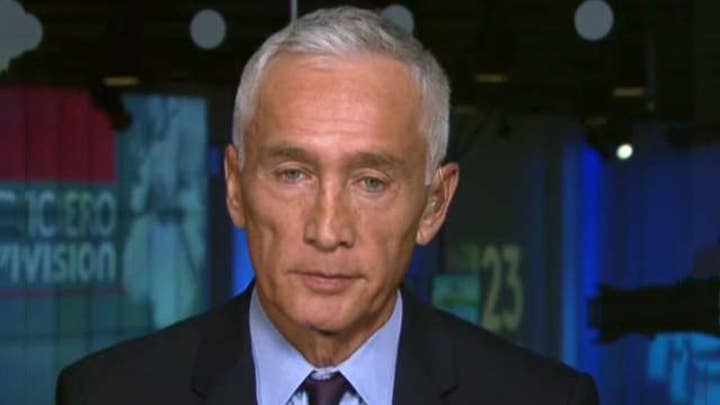 Ramos has also referred to Trump as "the most divisive, polarizing and disrupting figure in American politics in decades," The Hill reported.

Some social media users were quick to pan ABC's decision to include Ramos in its debate coverage.

"Jorge Ramos gets to do a debate!!," one user wrote. "Who's next, Rosie O'Donnell? Rob Reiner? Kathy Griffin? Bette Midler?"

"Jorge Ramos is the love child of [CNN's Jim Acosta and Don Lemon]," another user wrote, "combined with a love affair w/ [Hillary Clinton to complete the triangle."

Another commenter used ABC's selection of Ramos for the debate to call out CNN's Brian Stelter for criticizing Fox News' hiring of Sarah Sanders.

"They just announced that Jorge Ramos will be a moderator in the next dem debate, and this buffoon wants to talk about bias?" the user wrote.

Both CNN and NBC took heat for selecting Trump critics as moderators in their debates. Don Lemon, who hosts “CNN Tonight,” and Rachel Maddow who has an opinion show on MSNBC, are both unapologetically anti-Trump.

Ramos will be joining ABC's George Stephanopoulos, David Muir and Linsey Davis in covering the debate, which will be held in Houston over two nights, Sept. 12-13.