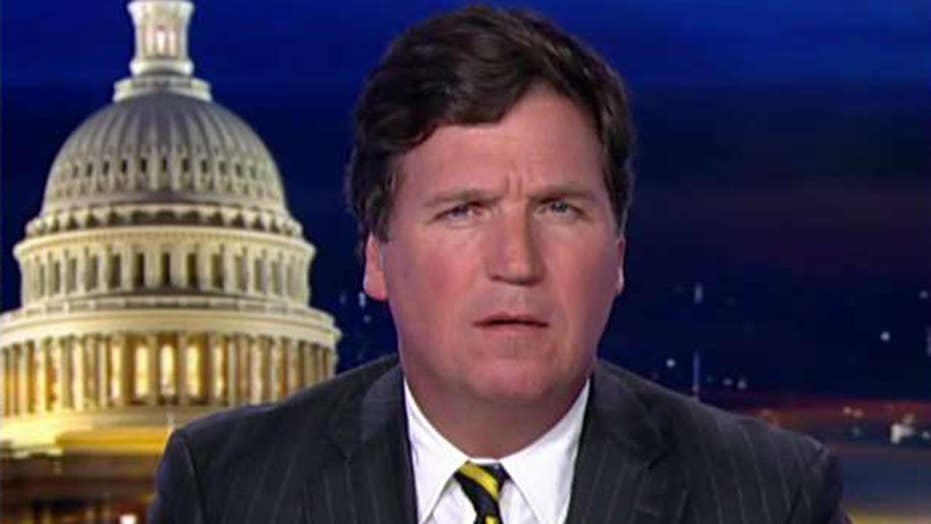 Tucker: Democrats impeached Trump and helped him in the polls

Tucker Carlson said Friday that while President Trump's reelection seemed anything but certain earlier in 2019, the president is "on a roll" thanks in large part to the Democratic Party.

"The Democratic Party has started working in earnest for Donald Trump, which is and let's be honest about it, essentially what they've been doing," Carlson said on "Tucker Carlson Tonight." "First, Democrats pursued an impeachment strategy which was so thoroughly dull and nonsensical, [that] in the end, it looked like a Republican plot. They literally impeached Donald Trump this week, on Wednesday, and helped him in the polls. Bizarre."

"You didn't get the feeling that Mike Dukakis was actively trying to lose the election. But that's not the case with Mayor Pete Buttigieg," Carlson said. "At the Democratic primary debate last night Buttigieg blew right past Mike Dukakis-land and wound up in Leon Trotsky-ville."

Carlson was flummoxed that Buttigieg was in favor of "children separated from their families at the southern border."

"Buttigieg promised to give reparations to illegal aliens, take taxpayer money and send it to people who have no right to be here in the first place," Carlson said.

"Are you committing as president to financial compensation for those thousands of children?" Buttigieg was asked at the debate.

"Yes and they should have a fast track to citizenship," Buttigieg responded.

Carlson pointed out that most Americans don't agree with the mayor's position.

"People are not for that," Carlson argued. "They're not for it at all because it's demented."

"Why are they doing this?" the host asked. "Because the Democratic Party has been taken over by extremists. Instead of seeing ordinary Americans as their constituents, they see them as evildoers who must be punished."