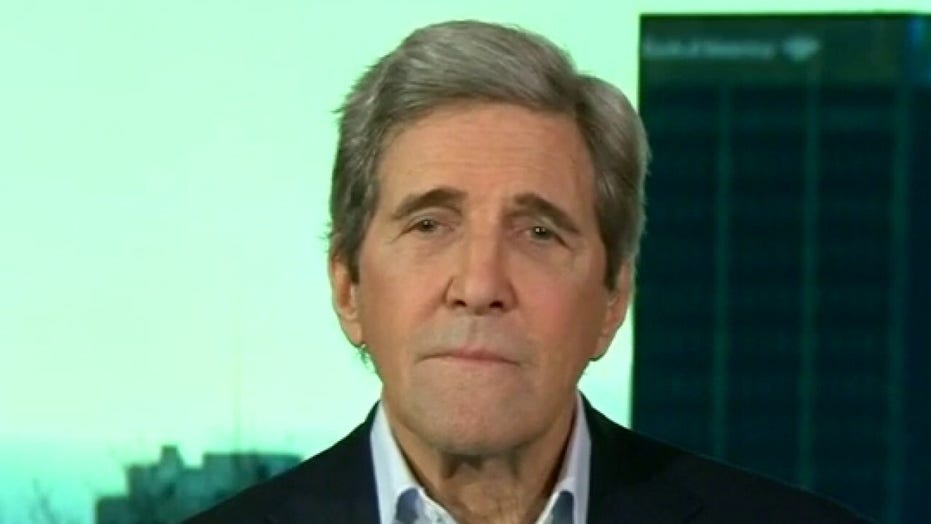 Former Secretary of State John Kerry hit back at President Trump on Thursday for lashing out at him and Sen. Chris Murphy, D-Conn., for "illegally" violating the Logan Act, calling the allegation “another presidential lie.”

Trump took aim at Kerry and Murphy on Wednesday for meeting with Iranian officials. The president accused the pair of violating the 1799 Logan Act, which bars Americans from conducting rogue negotiations with foreign governments in disputes with the U.S.

Kerry, who was head of the State Department during the Obama administration, and Murphy met with Iranian Foreign Minister Javad Zarif individually at conferences.

Speaking on “America’s Newsroom” on Thursday, Kerry, who helped negotiate the Iran nuclear deal, which Trump pulled out of, responded by saying, “That is once again another presidential lie, a complete effort by the president to distort reality because if he knew anything about the law, he’d know I didn’t negotiate with anybody.”

“I did what any senator and secretaries of state in history have done, which is continue to go to conferences abroad or have meetings in order to be well-informed,” Kerry said. “We engaged in no negotiation.”

He went on to say, “What he [Trump] ought to do is focus on somebody called Rudy Giuliani, who has been out there engaged in very direct negotiations in an effort to try to do a subterfuge foreign policy, so let’s get real here.”

TRUMP TAKES AIM AT DEM SENATOR OVER IRAN MEETING, SUGGEST HE SHOULD BE PROSECUTED 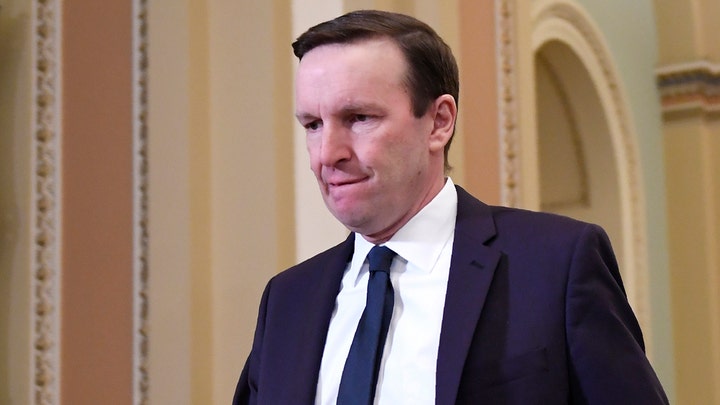 No one has ever been successfully prosecuted under the Logan Act, but some critics suggested in 2017 that Michael Flynn, Trump's former national security adviser, ran afoul of the law in his dealings with Russia before Trump took office. Murphy himself called for investigations at the time. Trump on Wednesday argued the Connecticut senator and Kerry are now the ones in breach of that law, suggesting they face consequences.

"Kerry & Murphy illegally violated the Logan Act," Trump tweeted Wednesday. "This is why Iran is not making a deal. Must be dealt with strongly!"

Murphy met with Zarif while at the Munich Security conference, declaring, "if Trump isn’t going to talk to Iran, then someone should."

On Thursday Kerry also referenced the American drone attack that killed Iranian Gen. Qassem Soleimani in January, prompting Iran to respond by firing missiles on a base in Iraq, which caused more than 30 American troops to suffer concussions, according to the Pentagon.

“We went to the brink of war with Iran, the president farmed out to Iran the decision about whether or not we’d be at war because if Iran had responded in a way that they might have, we would have absolutely been at war in that moment.” 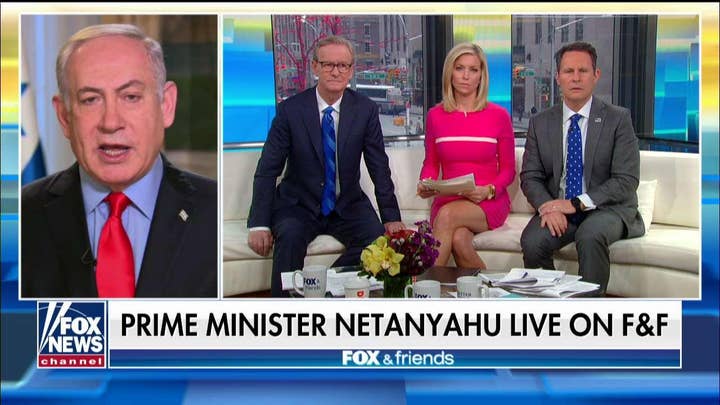 “I don’t think any president should allow another country to make the decision of whether you go to war,” he continued.

Host Ed Henry then noted on Thursday that Democrats have been saying “for weeks now that we’re at the brink of war, the president is going to get us into war with Iran and it hasn’t happened.”

“Instead it appears that Iran has been pushed back,” Henry continued.

Kerry responded by saying, “It didn’t happen because Iran happened not to kill an American when they responded.”

“If they had killed an American, we would’ve been at war,” he continued. “That means the decision of whether to go to war was, in fact, dependent on the response of a country that is a regime none of us like.”

“The question is what do you do about that regime? How do you respond to it?” Kerry asked.

“The president has isolated us from France, Germany, Britain, China, Russia, all of whom not only signed the agreement but are trying to keep it alive, and so the president is on his own. If he had gone to war, the United Nations Security Council would not have been with the United States, our allies would not have been with us, we would’ve been on our own,” Kerry explained.

“That is not the way to put American soldiers at risk,” he concluded.