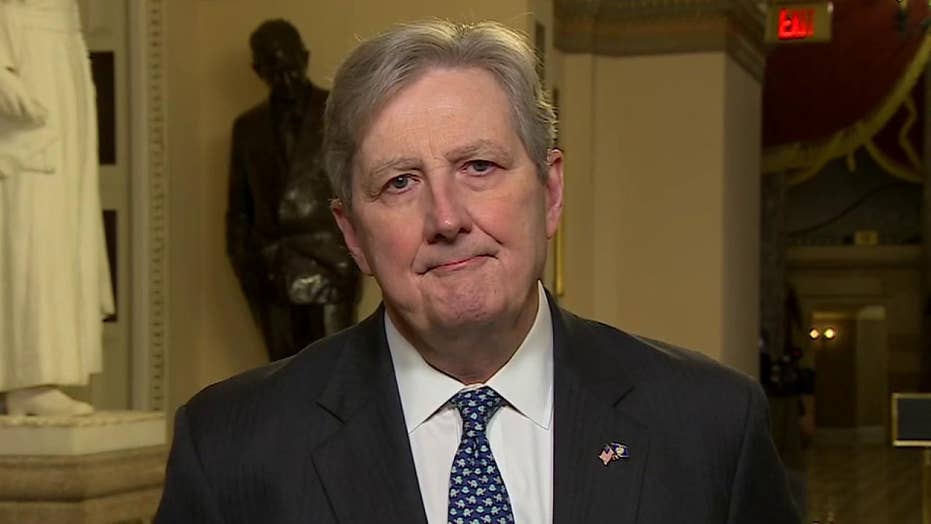 Sen. Kennedy: Bias from Parnas and Bolton is pretty obvious

Senate Judiciary Committee member John Kennedy, R-La., told Fox News Monday that if Democrats have their way in President Trump's Senate impeachment trial and further witnesses and documents are called for, it could greatly lengthen the time lawmakers will be stuck holding court on the matter.

Kennedy said on "The Story" that most Republicans are satisfied with the amount of information and testimony they have available for review.

However, host Martha MacCallum noted there is speculation that Sens. Mitt Romney of Utah, Susan Collins of Maine and Lisa Murkowski of Alaska may join with Democrats and vote to call more witnesses, including former National Security Adviser John Bolton. In addition, retiring Sen. Lamar Alexander of Tennessee, Thom Tillis of North Carolina and Cory Gardner of Colorado are all being watched closely to see how they may choose to vote. 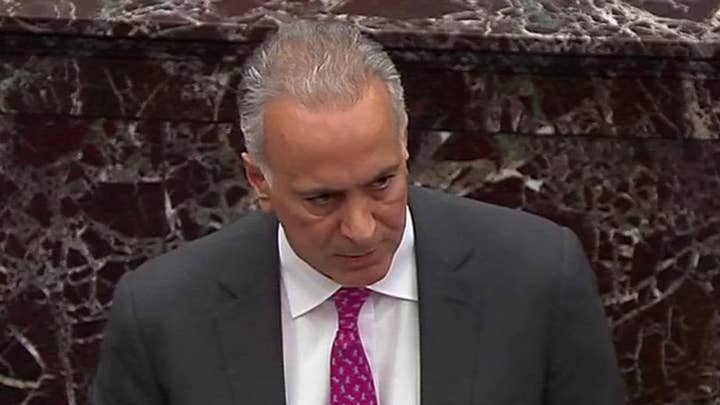 Kennedy said he had not spoken with Alexander about his vote -- nor would he ask any other lawmaker about such a decision.

"I don't accept the proposition that some around this place have offered today that they have already made up their minds and they are going to vote for more evidence," Kennedy told MacCallum. "They haven't indicated that to me."

Kennedy did note that if Democrats win the simple majority needed in a vote to call more witnesses, the impeachment proceedings may drag on through the spring.

"If we make the decision to hear from more witnesses and grant the subpoenas that our Democratic friends are asking for, I think we will be here through April or May," he said.

"I've seen the articles that you might be referencing [indicating that] there's been a change in momentum. I don't sense that. I still think that, based on what I've seen so far, the vast majority of my colleagues, not my Democratic colleagues but Republicans have decided that we have heard enough."

The Louisiana lawmaker added that while he has never met Bolton, who left the Trump White House in September, "you can't deny the fact that, number one, he's got a book coming out. And number two, he left the White House under unhappy circumstances."