Rep. Gregory Meeks: The Congress is united on this

Rep. Gregory Meeks, D-N.Y., says Congress is united to make sure there would be strong consequences if there is any form of a nuclear weapon used by Russia on Friday's "Special Report."

GREGORY MEEKS: We're starting to see that now as the Russian propaganda starts to disseminate right in front of them, because people can see for their own eyes, whether it's about the social media, etc., what is taking place. You see protest building. He's trying to recruit these individuals, not from Moscow or St. Petersburg. He's trying to go to the far out outskirts of those towns so that that folks don't get to know the truth. But if the truth continues to be revealed, I think that you'll see, and it's my hope that the Russian people stand up. And that's why you see men particularly and even women also lining up at the airport right now, trying to get out of there because they know that they could be sent to death with this Russian army, that troops are being killed on a regular basis because of the strong fight that the Ukrainians are putting up.

I can tell you that the president has resolved, this country's resolved. I can tell you that the Congress is united. I you know, my committee, of which we are closely allied to make sure that there would be strong consequences if there is any type of nuclear weapon utilized by Russia. And so we are, I think that that kind of message is being communicated directly with the Russians to know that there will be severe consequences for the utilization of any type of nuclear weapon.

PUTIN WARNS WEST: THREAT TO RESORT TO NUCLEAR WEAPONS ‘NOT A BLUFF’ 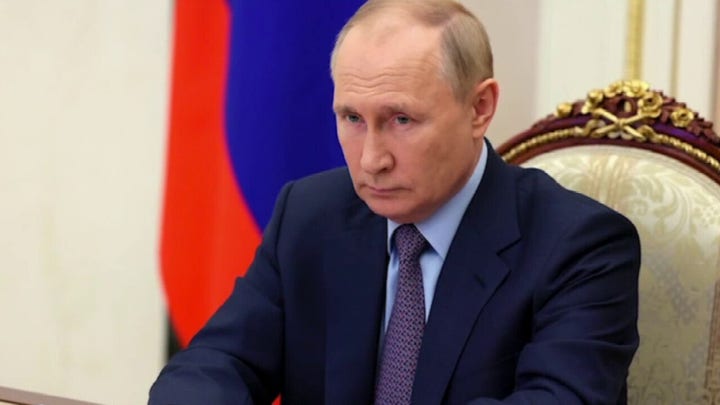