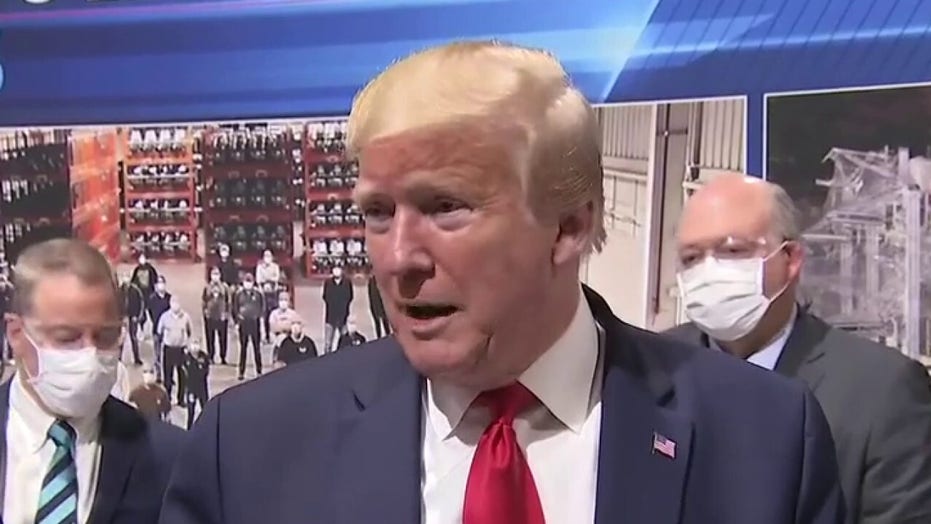 MSNBC anchor Nicolle Wallace suggested on Thursday that President Trump doesn't have the "right" to "spread lies" about the coronavirus on social media.

Amid reports that indicate that nearly half the Twitter accounts talking about the coronavirus are "likely bots" and that China is increasing its disinformation campaign about the spread of the pandemic, Wallace had on MSNBC political analyst Richard Stengel accused Trump of "echoing" the viral "conspiracy theories" and the bots then echo the president.

"You know, I want to ask you why the social media companies don't have more power and authority at a time when it's a health crisis," Wallace said. "I understand that in the context of an American political election, you've got free speech to navigate, but what is the right to spread lies about a deadly pandemic? Where's that?"

He continued, "By the way, Facebook and Twitter have been taking things down, but they need to be even more vigilant about it and Google needs to be even more vigilant about what they prioritize in their search results. They need to prioritize factual information in their search results rather than emotional and inflammatory conspiracy theories that get people's eyes."

Wallace later invoked Trump's suggestion that people "inject bleach into their veins" and his push for hydroxychloroquine as things that "fall into the category" that social media companies would take down.

On Wednesday, Wallace's network colleague Mika Brzezinski attempted to spearhead the efforts to get Trump suspended on Twitter, saying she had scheduled a conversation with CEO Jack Dorsey.