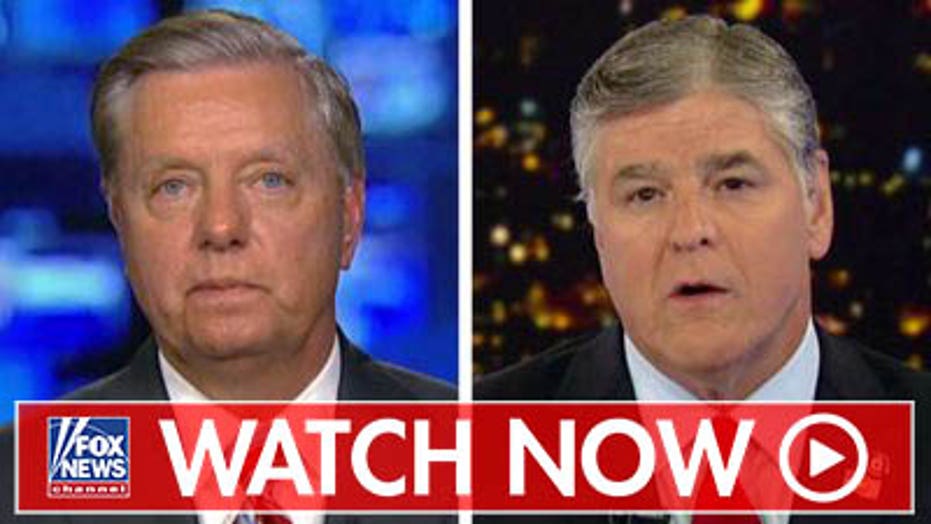 Mueller and his team were trying to frighten people within President Trump's orbit in hopes they would inculpate him, Graham, the chairman of the Senate Judiciary Committee, claimed Wednesday on "Hannity."

"The worst thing you can do is over-charge somebody," he said. "It'll begin to fall apart, then it taints the thing that really is strong.

"There's two ways to do this: Throw everything, the kitchen sink, at the accused and hope he pleads to something -- or, make sure that when you charge them it will not be undermined because you over-charged. 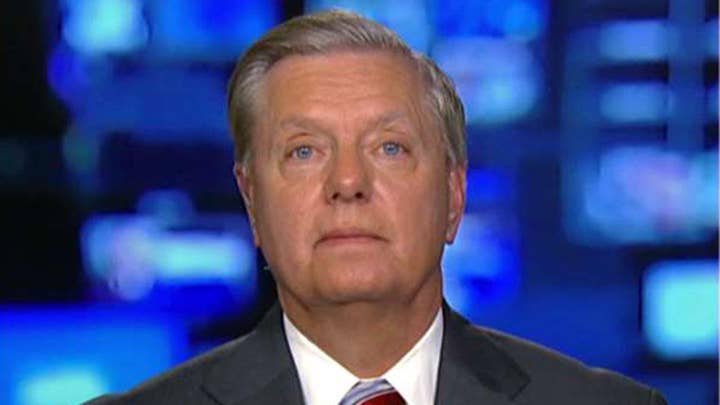 "This is what happened with Mueller," Graham added.

In the case of the former special counsel's investigation, Graham claimed Mueller "tried to scare people into ratting on Trump."

"It didn't work," he said. "They were over-charged and I hope they will have their case revisited."

Graham said he trusts Attorney General William Barr's prosecutorial discretion in whatever charges may come out of the inspector general's probe into the origins of the Russia investigation.

"You don't want to undermine a big case by throwing stuff out that is iffy," he said.

In regard to the DOJ Inspector General's investigation, FBI agents went to former FBI Director James Comey's house and retrieved as "evidence" a secret, previously unreported memo he drafted the night before the agents arrived, well after he was fired, according to bureau documents released Wednesday in response to a Freedom of Information Act request by the transparency group Judicial Watch.

A source familiar with the probe has confirmed to Fox News that the DOJ Inspector General's office has been reviewing whether Comey's memos improperly contained classified information, among other matters.