Conservative radio host Mark Levin ripped Joe Biden as a puppet of the far left on "Hannity" Thursday before claiming the Democratic Party was "as evil as it's ever been."

"Bernie Sanders is basically running the Democrat Party," the "Life, Liberty & Levin" host told Sean Hannity. "This is the Bernie Sanders agenda. Joe Biden is an empty suit. He's surrounded himself with every radical kook you can imagine, like AOC and others. This is a Democrat Party that is as evil as it's ever been. 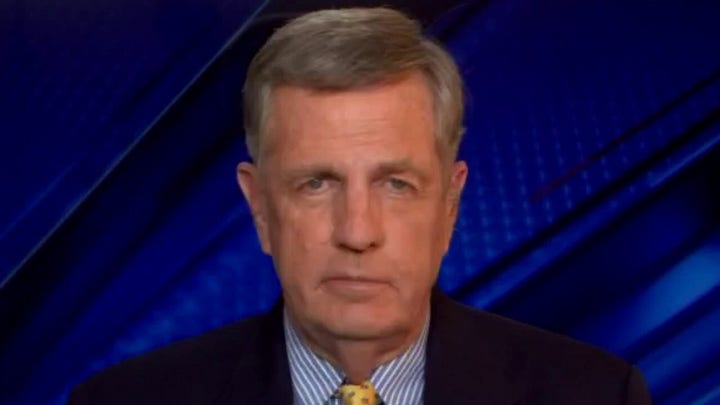 Levin then turned his wrath on the party's presumptive presidential nominee.

"Joe Biden's been around for half a century. He's been in Washington D.C. for half a century. For him to talk about, 'We're going to make fundamental economic changes, make the country more equal.' He spent the majority of his career in the Senate as a bigot, and I mean this in all seriousness. If you look at his background and the things that he used to say, Joe Biden was a nasty, mean man."

"He tried to destroy Bob Bork. He tried to extort Clarence Thomas," he claimed. "Talk to [Thomas'] family. This isn't 'Lunch-Bucket Joe' -- this guy is a fraud.

Levin then accused the Democratic Party of "a history of anti-Americanism" dating back to the days of "slavery, segregation [and] Jim Crow."

"Now they are dancing with the Marxists, whether it's Black Lives Matter or Antifa," he said. "Whether it's the mayor of New York, 'de Commio' and how they've embraced Bernie Sanders, the most radical person in Congress today: That is now the Biden agenda."

Levin closed with a warning to the union voters Biden has pursued to "wake up to what is going on."

"These aren't old-style Democrats anymore,"he said. "These are crazy bastards."