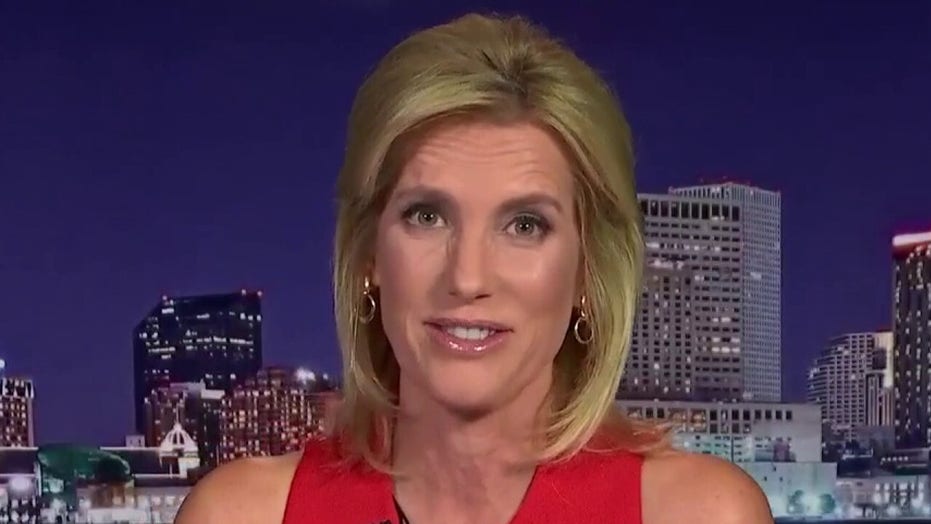 Laura Ingraham called out Democrats Wednesday for giving former President Barack Obama credit for the current economy, saying that assertion is false and that President Trump is solely responsible.

"I have a novel idea tonight. Let's introduce a concept called 'facts' into this equation," Ingraham said on "The Ingraham Angle." "First off, Obama benefited from the... natural recovery associated with the terrible recession. But even then, economic growth ground to a halt by the end of his presidency."

Ingraham pumped up Trump's impact on the economy, especially his tax cuts.

"And he made good on that promise. Business sentiment immediately spiked. Consumer confidence skyrocketed. Almost immediately, it hit another 15-year high last week and the Dow soared," Ingraham said. "And then, of course, there were the tax cuts."

"It turns out that the money Americans kept, which Pelosi derided as crumbs, it boosted our economy beyond what anyone expected," Ingraham said. "Unemployment is now near an all-time low, and the benefits of this are being felt far and wide."

The host hit critics of the president who predicted the economy would tank once he took office, asking "how are any of those people still working after those predictions?"

Ingraham also pointed out that Americans know who is responsible for the economy.

"Well, instead of calamity, we all know we're living in the best economy in decades and most Americans know whom to thank," Ingraham said. "A new Gallup poll, as we mentioned earlier, found that 62 percent credit Trump with a booming economy, compared to just 51 percent who said it's because of Obama."

"Well, no wonder Democrats are trying to steal, though, the economic limelight," Ingraham added.