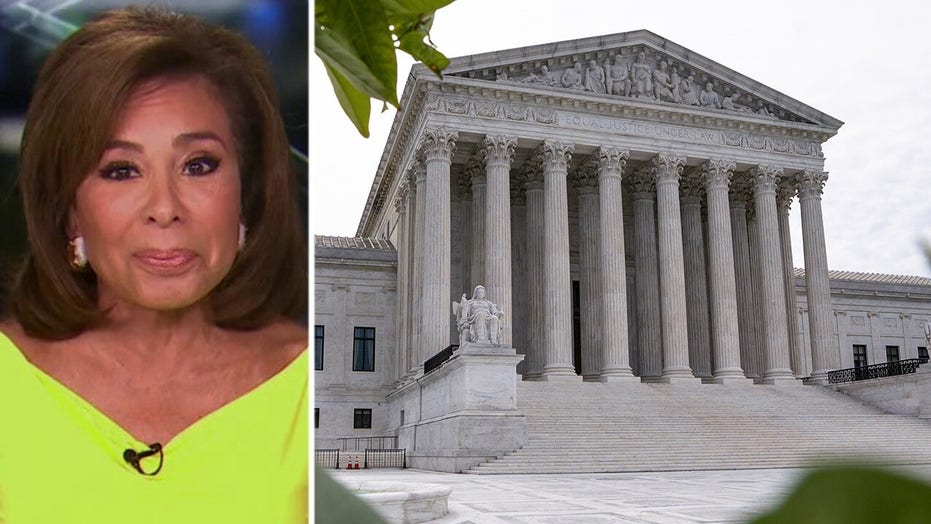 Judge Jeanine Pirro on Friday argued that President Trump has attempted to resolve the DACA issue several times, but the Supreme Court has gotten involved in a case that should have been addressed by the legislative branch.

“Shame on Obama and Biden for setting up an untenable situation where this is never resolved,” Pirro told “Fox & Friends.”

Pirro said that the Supreme Court case decision on the Deferred Action for Childhood Arrivals was a “shocker.”

“Chief Justice Roberts, who is now aligning himself with the left-wing of the court, basically says, ‘You know, you didn’t get the procedure right.’ Although, what Obama did was not right, either. It appears that the court is getting involved in situations that are not only better left to Congress, but they are allowing themselves to become a political force right before an election,” Pirro said.

The 5-4 decision, in which Roberts voted with the Court's so-called "liberal wing," found that the Trump administration did not take the proper steps to end the DACA program while rejecting arguments that the program is illegal and that courts have no role to play in reviewing the decision to end it.

“What Obama did was then taken down and Congress would have had the obligation to deal with it,” Pirro said.

Pirro said Trump believes "Dreamers" should stay because some are accomplished and educated.

“But he wants a deal, [and] Congress doesn’t want to commit to any kind of a deal,” Pirro said.

“What has happened is we’ve got all of this playing out in the Supreme Court instead of Congress," she concluded.