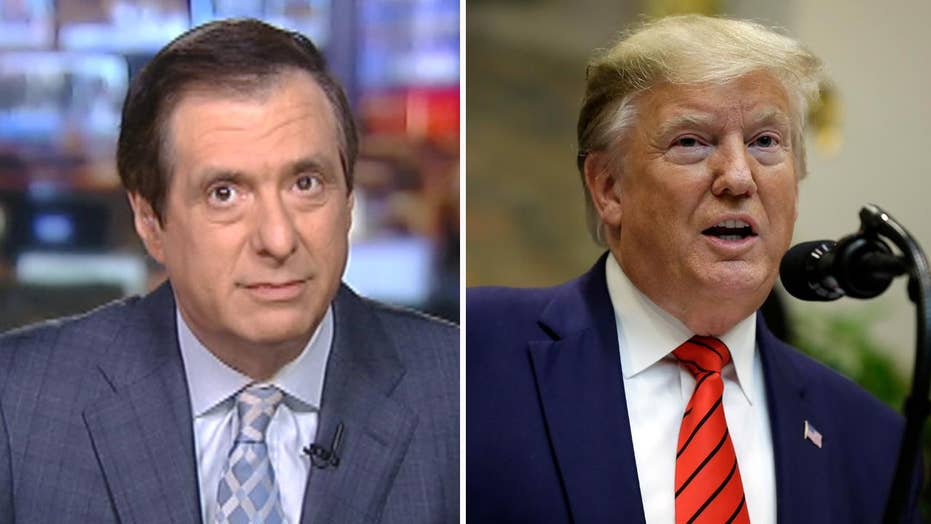 The media are going haywire over a new Fox News poll showing that a bare majority of those surveyed, 51 percent, now say they want the president impeached and removed from office.

Another 4 percent say Trump should be impeached by the House but not convicted by the Senate, while 40 percent oppose impeachment altogether.

In reality, the Fox survey is not that different from other recent polls on the subject. But some media types like to say “even Fox” has found such-and-such, as if it’s a survey of the network’s viewers rather than a widely respected professional polling operation.

One of those who is displeased, not surprisingly, is Trump.

“From the day I announced I was running for President, I have NEVER had a good @FoxNews Poll,” he tweeted. “Whoever their Pollster is, they suck. But @FoxNews is also much different than it used to be in the good old days.” He went on to name some of his least favorite network figures--Andrew Napolitano, Shep Smith, Donna Brazile--but added: “Oh well, I’m President!”

But there’s the thing, when you drill down on the poll: It reflects the same old partisan chasm that has defined Trump’s tenure since the inauguration.

Eighty-five percent of Democrats support impeachment and removal; independents are split, in favor, 39 to 36 percent; and just 13 percent of Republicans back impeaching and expelling Trump from office.

Now, it may be noteworthy that more than one in 10 Republicans want Trump gone. But if you’re a Republican senator, and the country is almost evenly split on impeachment, and the vast majority of your party opposes it, you’re not exactly under withering pressure to abandon your president.

Some Democrats have wanted to impeach Trump forever. The survey showed support among Dems 9 points higher than those who believed the president asking Ukraine’s leader to investigate the Bidens is an impeachable offense.

And overall in the Fox poll, the president’s approval drifted down only a couple of points, to 43 percent.

In defying the House demands for testimony and documents as illegitimate and unconstitutional, the president is trying to change the conversation, to turn impeachment into a process story. If that drags on, with the inevitable court battles, many people may dismiss the whole mess as the usual Beltway bickering. Trump would obviously rather be talking about how the dreaded Democrats are treating him unfairly than whether it was improper for him to ask a foreign leader to help dig up dirt on one of his political rivals.

But Trump isn’t the only one unhappy with his media coverage. Turns out the Biden campaign is really angry with the New York Times.

In a blistering letter to Executive Editor Dean Baquet, Biden’s deputy campaign manager says the paper has played a key role in spreading a “baseless conspiracy theory” about the former VP—namely, the allegations about profiteering by Hunter Biden that are at the heart of the impeachment saga.

The letter, obtained by CNN, says the Times is actively participating in “a smear campaign,” that had previously been relegated to the likes of Breitbart and Russian propaganda. That is, until the Times’ Ken Vogel reported on the allegations.

His May story, a straightforward account of Hunter Biden’s business dealings in Ukraine, is headlined “Biden Faces Conflict of Interest Questions that are Being Promoted By Trump and Allies.”

A Times statement said an op-ed by “Clinton Cash” author Peter Schweizer, which fueled the Biden team’s resentment, “makes an argument that nonpartisan government watchdogs would make, arguing in favor of a law that would prohibit self-dealing by those with government connections. Our coverage of the Biden campaign and Hunter Biden has been fair and accurate.”

Are the Biden people seriously suggesting that a journalistic exploring of what the Bidens did, even if it involves no criminal wrongdoing, is out of bounds for the newspaper, as is a conservative op-ed?

Rather than having his staff fire off letters, Biden should sit down with reporters (from the Times or elsewhere) and make the case why he thinks the allegations are unfair.

The Fox poll, after all, contains a flashing red light. While 69 percent of those surveyed find Trump’s dealings with Ukraine’s leader extremely, very or somewhat troubling, 62 percent say the same about his allegations against Biden and his son’s business dealings in Ukraine and China.