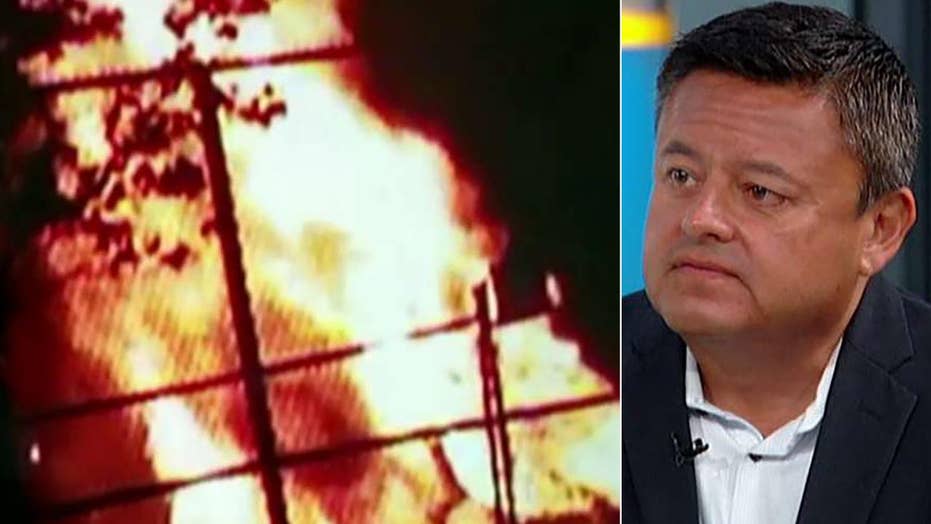 Former Acting ICE Director John Torres calls for arrests in response to the 'disgusting' attacks on ICE facilities across the country.

The former acting director of U.S. Immigration and Customs Enforcement, John Torres, called the recent attacks on federal immigration facilities "disgusting" on "Fox & Friends" Thursday, and said he considers them to be violent terroristic threats.

Torres, who served in 2008 and 2009, was referring to a Tuesday shooting in San Antonio, Texas at an ICE office building, and at another facility where an ICE contractor was located. There was also an incident in Tacoma, Washington in July where an Antifa protester threw incendiary devices at an ICE building and started setting cars on fire. He was ultimately shot and killed by state police officers.

"It's horrific. It's disgusting. It's borderline criminal harassment," Torres said of the personal threats and attacks against ICE agents. "Actually, potentially terroristic threats. We're not talking about peaceful protests here.

"We're not talking about people who organize, gather, protest in front of an ICE building or protest by marching... They are actually resorting to violence and terroristic threats and they should be arrested for that."

Torres said he has served under several presidents and claimed ICE agents are career employees who only want to enforce the law, without pushing a political agenda.

"All of the agents and the officers -- they're career employees. They took a sworn oath to enforce the laws of the United States and carry out each administration's policies," he said earlier in the interview.