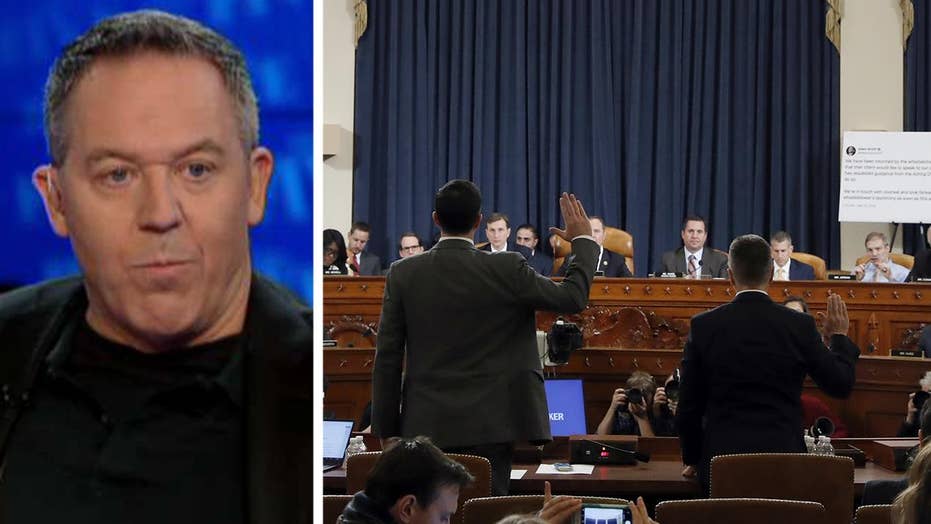 Greg Gutfeld: This isn't an impeachment hearing, it's a human resources meeting

'The Five' break down the third day of public testimony in House Democrats' impeachment inquiry.

“This is not impeachment, this is what happens in the office. The irony is the people who work for a living aren’t here to watch this to laugh at this,” Gutfeld said, describing the hearing as a waste of time.

Lt. Col. Alexander Vindman, a National Security Council official, testified, saying he "was concerned" by the July 25 call between President Trump and Ukraine President Volodymyr Zelensky of Ukraine, adding: "What I heard was inappropriate."

Vice President Pence adviser Jennifer Williams said she "found the July 25 phone call unusual because, in contrast to other presidential calls I had observed, it involved discussion of what appeared to be a domestic political matter.”

Gutfeld said that those observing the hearing with a background in management would understand the discussion playing out in the hearing.

“You’re in charge of a department, a new boss comes in. He needs to establish ... his new stamp. Your priorities don’t jive," Gutfeld said. "There’s a tug of war between sides. The boss always wins.”

The committee's ranking member Devin Nunes, R-Calif., dismissed the inquiry as a “partisan frenzy" in his opening remarks. He also blasted media coverage over what he called a "fevered rush to tarnish and remove" President Trump.