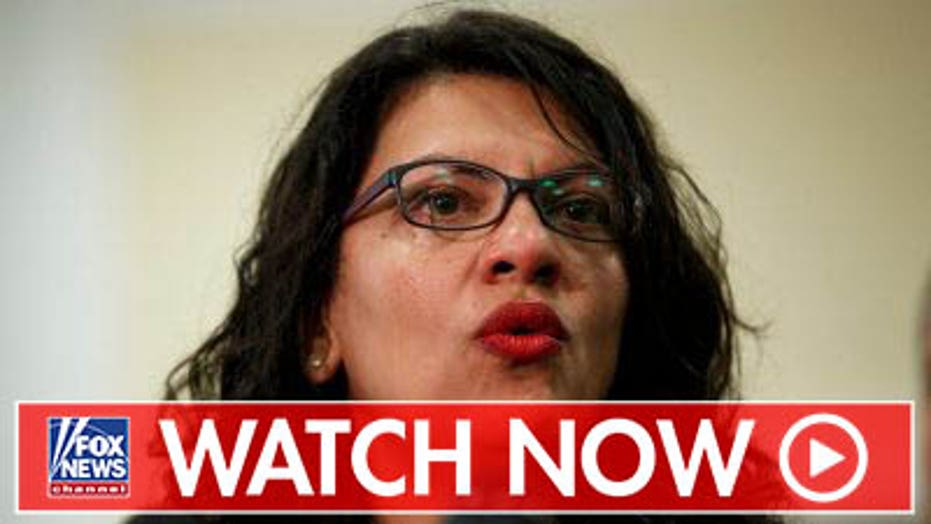 President Trump rightfully supports the state of Israel, but the Netanyahu government should not have barred Rep. Rashida Tlaib, D-Mich., from visiting, according to Geraldo Rivera.

People living in Palestinian territory are being denied rights and Tlaib was similarly denied the ability to visit her grandmother, Rivera claimed Monday on "The Story."

"As a Jewish-American, and as a fervent Zionist who believes deeply in the right of Israel to exist, I am comforted by President Trump's support of Israel," he said.

"I also think it is absolutely outrageous that two sitting members of the Congress of the United States of America... were denied entry into the country. I'm shocked that the ambassador did not mention 52 years of Israeli occupation of the Palestinian territories."

Prior to Rivera's remarks, Israeli Ambassador to the United Nations Danny Danon discussed the situation with host Martha MacCallum.

In his interview, Rivera explained why he found it wrong for Israel to deny Tlaib entry at first. Officials later said they would allow Tlaib to visit, but the Michigan Democrat declined.

"These are people being denied their human rights. They can't freely travel," he said.

"The fact that the congresswoman from Detroit could not go and visit her grandmother... if it was any other country that took this action, we would all be outraged."

MacCallum then allowed Danon to respond to Rivera's claims.

"She was allowed to come to visit her grandmother, then she decided not to accept that invitation because she wanted to come and create a provocation," Danon said. "Let's speak to the facts... Maybe you should leave your provocational politics here in the U.S. and not bring it to our territory."

Danon added Israel would like to solve the historic territory issue but said Palestinian officials are not an example of a "viable partner" for negotiations.

In closing, Rivera criticized former Assistant U.S. Attorney for the Southern District of New York Andrew McCarthy – who was also on set – for doubting the veracity of characterizing the Palestinian territory as an "occupied" territory.

"I've been to Ramallah and Bethlehem. I have friends in the West Bank. I see that they cannot travel freely... This is an occupied country," he said, also reiterating he is proud to support Israel's right to exist as well.