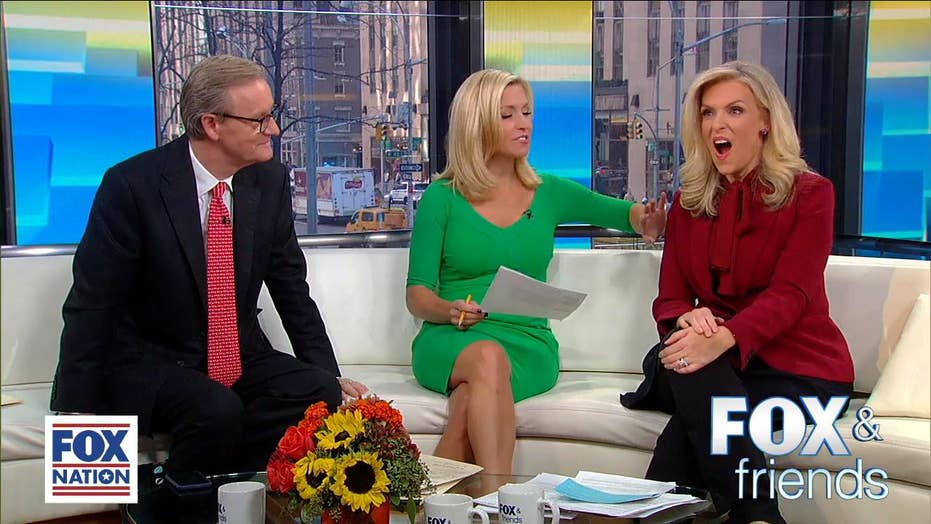 Some Washington D.C. bars offered impeachment-themed drinks, early openings, and public viewings as the country geared up for Day One of the hearings on Capitol Hill Wednesday and the crew of "Fox & Friends" hosts said they wanted in on the action.

At least six bars in the nation’s capital opened their doors at 10 a.m. or earlier to screen the hearings, the Associated Press reported.

Among those open will be Union Pub, which is offering $7 Impeachment cocktails such as “I Got 99 Problems but Impeachment Ain’t One.”  According to their menu, the drink features peach vodka, peach schnapps, orange juice, sprite, and lemon.

Other bars, like Hawk ‘n’ Dove on Capitol Hill and Duffy’s Irish Pub, will be offering all-day happy hours, with the latter serving up drinks like “Subpoena Colada” and “James and the Giant Impeachment,” The Hill reports.

"They must have this in New York too," Dean said. "This makes it fun. I'm sure if we went to a local bar in New York City and we gave them the ingredients they could make this up for us."

"I mean you have time...catch the Accela," host "Fox and Friends" co-host Ainsley Earhardt joked.

When co-host Steve Doocy questioned whether bar-goers were likely to enjoy the creative flavors at such early hours of the day, Earhardt and Dean revealed their "beer and breakfast" routine.

"We go often, we catch up with our breakfast and our beer," Earhardt said.

"People always say, 'Oh that's a little early to be drinking...' but we're up at 2 a.m. so that's lunchtime for us," Dean and Earhardt added, cautioning viewers that "a nap" may be necessary to get through the day.

While many on social media expressed excitement over the impeachment inquiry-themed cocktails, others were quick to point out that this is not the first time D.C. has taken advantage of the political news cycle to peddle cheeky foods.

In December 2018 during the government shutdown, D.C. bar Capitol Lounge unveiled a new drink menu on Twitter, which included “Nothing Really Mattis,” an ode to former Defense Secretary James Mattis, and “Mexico Will Pay For This,” referencing President Trump's campaign platform that Mexico will fund a wall on the U.S.-Mexico border.

For more behind the scenes coverage from the "Fox & Friends" hosts, join Fox Nation and watch "After the Show Show" today.