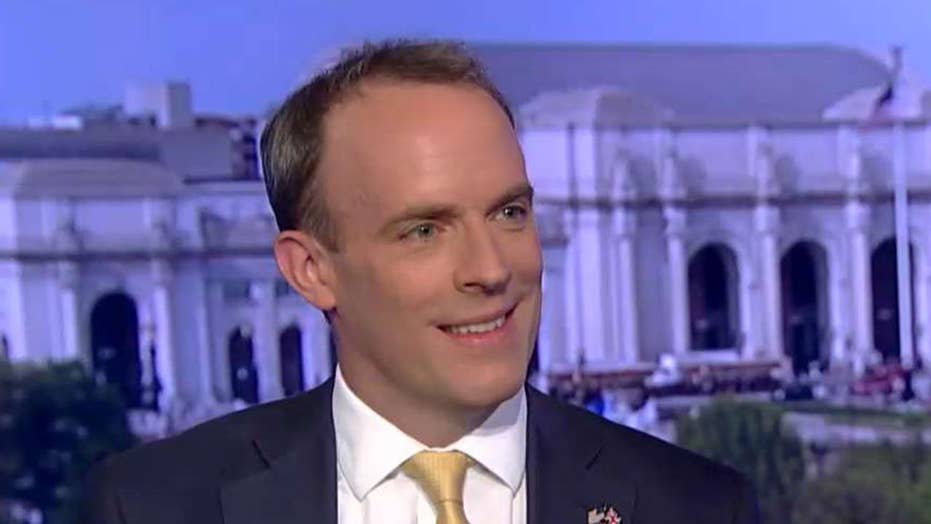 Raab: We'll leave without a deal if no breakthrough on Brexit

British foreign secretary Dominic Raab said the United Kingdom is prepared to leave the European Union by October, even if they are unable to reach a final deal with their neighboring countries.

"We're going through a challenge. We've got a historic crossroads with Brexit and we really appreciate the fact that we've got the relationship with our U.S. Friends and the U.S. Government, in such a good place. And we want to build on that," he told Bret Baier during an interview on "Special Report" on Wednesday.

"The prime minister has appointed a much more united and disciplined cabinet which is going to get this Brexit process done by the end of October -- preferably with a deal with our E.U. partners. But if they refuse to move... then we'll leave without a deal.

"And come what may, we want to take the opportunities of Brexit. So that includes a free trade deal in both the interests of the U.K. but also the U.S." 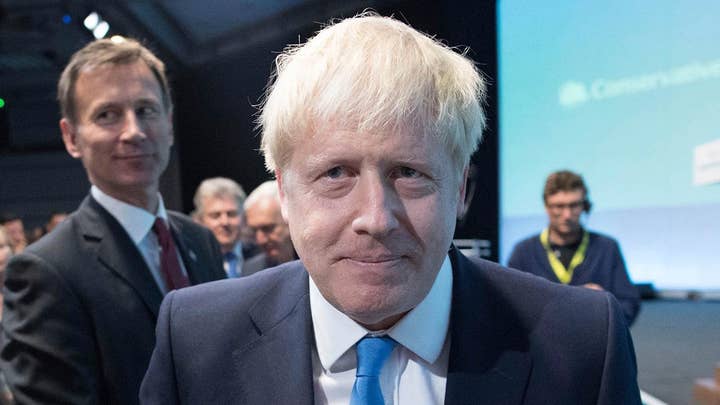 Baier asked Raab if he was worried about a trade war within the European Union, and he said he has complete confidence in the British people to rise to the challenge without any help from the surrounding counties.

"We don't regard Brexit as a precipice [to a trade war]. I think there are some risks but we can manage them," he replied.

"I think the most important thing that prime minister Boris Johnson has done is lifted up the head of the government and said, you know what -- we've got the economic wherewithal, the capacity, we've got the business know-how, we've got the entrepreneurs and the innovators. Let's actually go into this challenge with some self-confidence and grasp the opportunities."