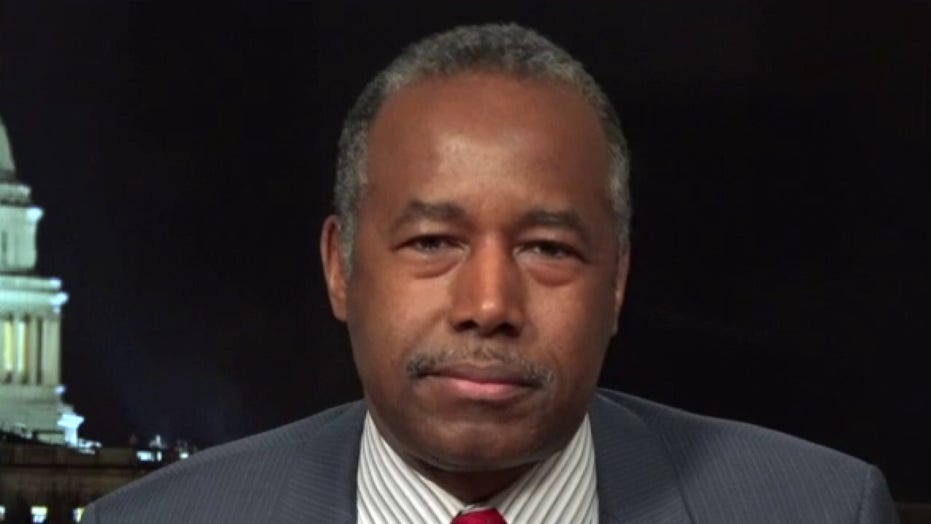 Carson: The longer we extend this period of hibernation, the weaker our economic infrastructure becomes

"The fundamentals of our economy are very strong. We just have to bridge this gap and we'll be able to get right back to having that strong economy after this is over," Carson said. "And we know that this, too, will pass. One of the reasons that he's been very interested in making it pass faster by being open-minded and looking at some of these possible therapies that can be used is because he recognizes that the longer we extend this period of hibernation, the weaker the infrastructure of the economy becomes."

Carson addressed the president's critics, saying their comments only motivate him.

"So he's looking at all of these aspects and the people who criticize him, they're going to criticize him no matter what he does. So he kind of puts that aside," Carson said. "You know, I always find it kind of funny. They criticize no matter what he does. They don't realize that it kind of invigorates him. If they really wanted him to go away, they'd stop criticizing, but they're never going to do that. So it works just fine."

Carson gave credit to the American people saying that the coronavirus pandemic is being handled better than projected.

"This is going to pass and it looks like it's moving much faster than anybody thought. And that's kudos to the American people," Carson said. "You know, they have grasped the significance of this. They are self-isolating the way that they're supposed to be doing. I find it very refreshing."

"It's just like the spirit that we saw back in World War II, where people are bonding together and recognizing that this is not a time for a lot of political argument, arguments," Carson added.