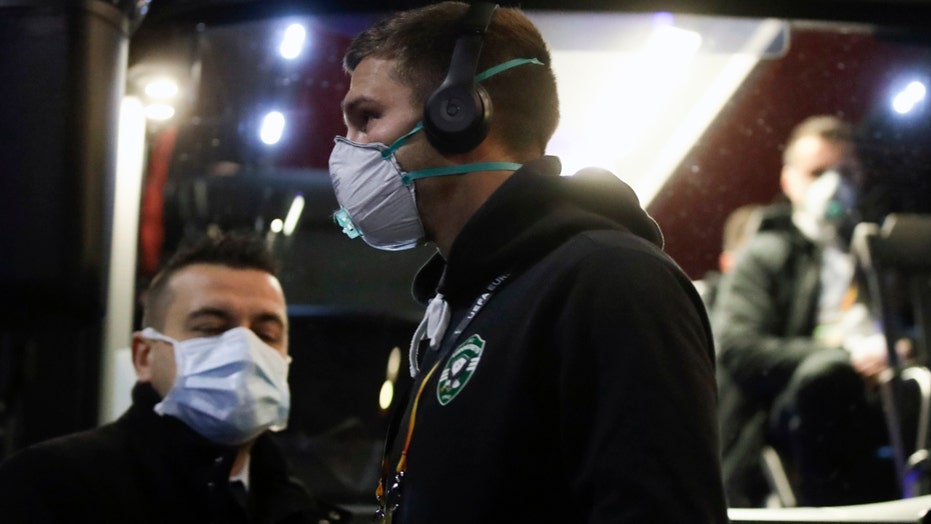 Public health officials and cyber experts fear the coronavirus 'infodemic' could end up being more dangerous than the actual virus; Gillian Turner reports.

CNBC editor Rick Santelli appologized Friday for suggesting that Americans should consider giving the coronavirus to “everyone” to get it over with and help the economy.

“Yesterday, during a segment on ‘The Exchange, ‘I said ‘maybe it would be a good idea to expose everybody to the coronavirus, maybe it would be better off for the economy, the global economy or the markets in general,’” Santelli said of his comment that sparked outrage and calls for CNBC to fire him. “It was the dumbest, most ignorant, stupid thing anybody could have ever said.”

Santelli recalled people who purposely exposed family members to illnesses such as measles and chickenpox to “expedite the process” when he was young.

“It was just a stupid thing to say,” he said. "It’s not appropriate in this instance and we are resilient, both in the United States and in the globe. That resilience will get us through. The idea of something so absurd, I apologize and I apologize to everybody on the segment and all my peers at CNBC.”

Santelli, who was an early Tea Party leader, made the comment Thursday on CNBC’s “The Exchange” when he was asked about a market sell-off amid widespread fear over the coronavirus.

“People are getting nervous, listen, I’m not a doctor. I’m not a doctor. All I know is, Think of how the world would be if you tried to quarantine everybody over the generic-type flu. Now I’m not saying this is the generic-type flu, but maybe we’d just be better off if we just gave [the coronavirus] to everybody and then in a month it would be over, because the mortality rate of this probably wouldn’t be any different if we did it that way than the long-term picture," Santelli said, “But the difference is we’re wreaking havoc on domestic and global economies.”

The outlandish theory was not questioned by CNBC host Kelly Evans, who instead followed up with a question about 10-year yields dropping.

CNBC did not immediately respond to a request for further comment.

“That’s a pretty scary thought. The World Health Organization is saying the coronavirus has a mortality rate of roughly 3%, and considering there are around 7.8 billion people living on the planet, that means about 234 million people would die,” TVNewser editor A.J. Katz wrote. “In the words of ESPN Monday Night Football analyst Randy Moss: ‘Come on, man!’”

“Of course, infecting the entire population at once would overwhelm hospitals and doom those who would have been saved by a future vaccine, or never caught it at all,” Market Watch’s Mike Murphy wrote.