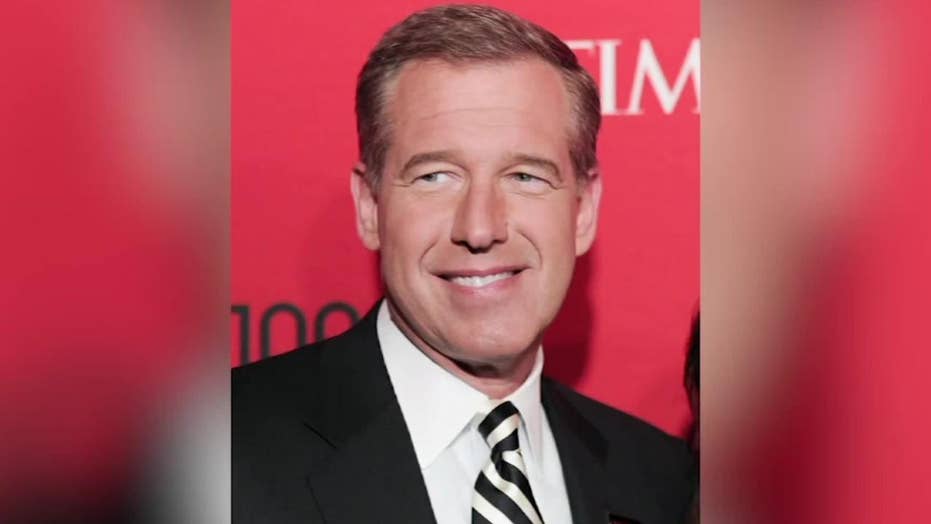 During an interview with Brian Williams, Frank Figliuzzi linked flag memorials for victims of recent tragic mass shootings to a specific date that could be seen by white supremacists as a nod to Adolf Hitler.

If someone had simply stopped and double-checked some math, they might have saved MSNBC’s Brian Williams and New York Times editorial board member Mara Gay some embarrassment and an apology Thursday night.

Instead, both Williams and Gay marveled on air in reaction to a Twitter user’s post about Mike Bloomberg’s campaign spending.

Trouble is, the post had gotten the math all wrong – yet neither Williams nor Gay seemed to notice.

The Super Tuesday evening post, now deleted, said: “Bloomberg spent $500 million on ads. The U.S. population is 327 million. He could have given each American $1 million and still have money left over, I feel like a $1 million check would be life-changing for people. Yet he wasted it all on ads and STILL LOST.”

“Turns out Mara and I got the same grades at math. I’m speaking of the tweet we both misinterpreted. He could give each American $1. Again, I didn't have it in high school. I don't have it tonight. I stand corrected. Sorry about that. The tweet is wrong,” Williams told viewers later in the show. “Garbage in, garbage out.”

One Twitter user who took notice of the bad math was writer Michael Salfino of New Jersey.

“What is wrong with these people?” Salfino wrote. “This would be right here if there were 327 people in the US. And this reflects horribly on the NY Times too. Can someone stop and think for two seconds?”

"The 11th Hour" eventually pointed out the mistake on social media.

“Tonight on the air we quoted a tweet that relied on bad math. We corrected the error after the next commercial break and have removed it from later editions of tonight’s program. We apologize for the error,” the verified Twittter account for Williams’ show wrote after the gaffe.

As for the author of the original post, her account was set to private -- and in her Twitter bio she wrote: “I know, I’m bad at math.”

“This, right here, is why so many left-leaning Americans think that ‘the billionaires’ can pay for everything. It’s why Elizabeth Warren was enthusiastically boosted by the media despite her ridiculous pretense that she could pay for a series of gargantuan initiatives without raising taxes on anyone but the extremely rich,” Cooke wrote. “It’s why Democrat after Democrat promises not to raise ‘middle class taxes’ while promising programs that require the raising of middle class taxes. How did this bad tweet make it onto TV to be endorsed? Why did Mara Gay agree with it? Why didn’t Brian Williams notice? Because the people involved in this clip thought it was true. This is how they see the world.”

Other critics took to Twitter to mock Williams and the Times: