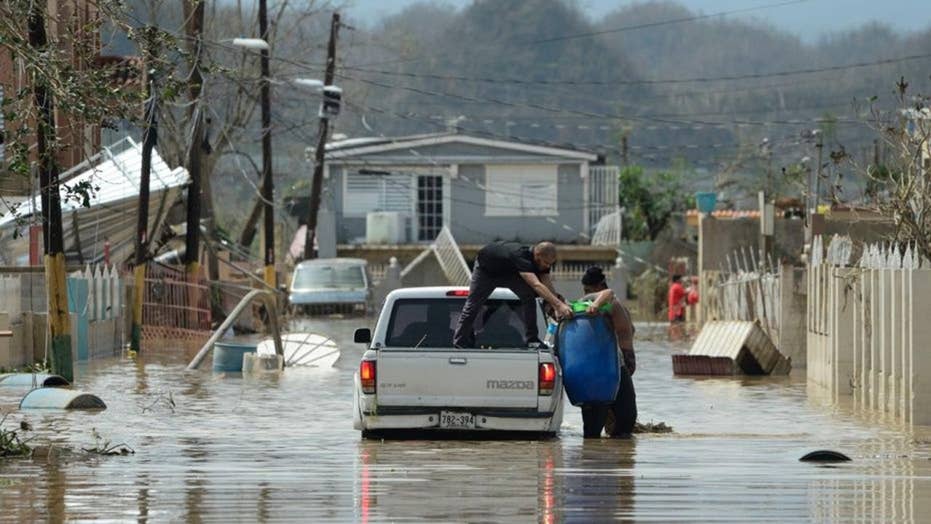 The governor believes Hurricane Maria caused $90 billion worth of damage.

Two weeks after Hurricane Maria, only 5 percent of Puerto Ricans have electricity and less than half have clean drinking water, according to the territorial governor's office. But the Centers for Disease Control and Prevention said residents of the island are safe from one potential threat: cholera.

New York Times columnist Paul Krugman tweeted on Saturday (Sept. 30) that cholera had been reported in the U.S. territory, but then walked back that claim. The CDC tweeted that same day that cholera is not a likely threat to the island, because there had been no reports of the bacterium that causes the disease before the hurricane.

Cholera is a disease caused by the bacterium Vibrio cholerae. It spreads mostly through water contaminated by the feces of someone who harbors the illness, according to the CDC. It can also be found in brackish coastal waters and can hitch a ride into the human digestive system on contaminated shellfish from these waters.

Once in the body, V. cholera feeds off a sugar in the intestines called sialic acid, researchers reported in 2011 in the journal Microbiology. It then excretes a toxin that opens channels in the cells that make up the intestine wall, disrupting the electrolyte balance of the intestines and forcing water from the cells.

For many people, the disease causes either no symptoms or mild to moderate diarrhea, but for people severely infected, the dehydration from the excessive water loss can kill within hours. Firm mortality rates are hard to come by, given that most deaths happen in remote areas and the cases aren't reported, but the World Health Organization (WHO) estimates that cholera kills up to 143,000 people worldwide each year.

The disease can be treated with antibiotics and intravenous rehydration, and fatality rates are highest where medical help is hard to reach, according to the CDC.

As Puerto Rico struggles to recover from Hurricane Maria, sanitation is a concern. Fifty-five percent of the island lacks running water, according to the governor's office, and Bloomberg reported that residents are bathing and washing clothes in rivers. Many people are getting water from roadside springs, according to NPR, or hoping their hoarded supplies from before the storm don't run out before tap water is restored.

Even without cholera, if any of these ad hoc water sources become contaminated with feces, it could mean a major public health problem. According to the CDC, diseases such as hepatitis A can spread through contaminated drinking water. So can other diarrheal illnesses, including enteroviruses, Giardia and Campylobacter. Standing water after the hurricane may also become prime breeding ground for mosquitos. Zika virus, which causes mostly mild fever in adults but severe birth defects in developing fetuses, is already found in Puerto Rico and spreads via mosquito bites.

The aftermath of a natural disaster is a ripe time for epidemics. In 2010, 10 months after an earthquake devastated Haiti, the country experienced a massive cholera outbreak. By 2014, at least 8,534 people had died in Haiti from the disease. Like Puerto Rico, Haiti did not have endemic cholera bacteria before the quake; the disease arrived with Nepalese peacekeepers who came to the island as part of the United Nations' relief effort (cholera is endemic, or consistently present, in Nepal). Poor sanitation at the peacekeepers' camp sent the disease into waterways, while the widespread lack of clean water and sanitation after the earthquake transmitted the bacteria rapidly.