Weight Watchers on defense over diet app for kids

Thousands have signed a petition for Weight Watchers to drop its new dieting app for ages 8-17. Dr. Devi Nampiaparampil reacts.

WW, formerly known as Weight Watchers, released the Kurbo App on August 13 and described the program as “a scientifically-proven behavior change program designed to help kids and teens ages 8-17 reach a healthier weight,” according to a press release.

THESE ARE THE 10 MOST OBESE STATES IN THE US, REPORT FINDS

The wellness organization said that it built the app based on Stanford University's Pediatric Weight Control Program that helps youngsters to “make lifestyle changes while receiving guidance around sustainable healthy eating, physical activity and mindfulness habits.”

However, parents are firing back saying that the app encourages young people to develop eating disorders early on. 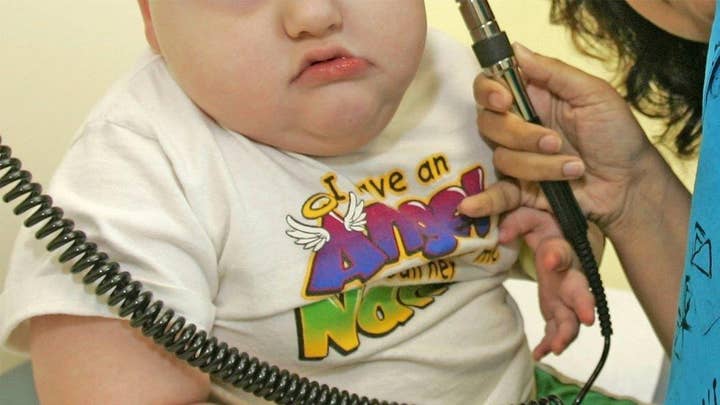 A petition to pull the app was created on Change.org and has received more than 82,000 signatures.

The petition argued that the app promotes an environment that facilities the development of eating disorders citing “adolescence [as] a critical period of development and a window of vulnerability.”

WW did not immediately respond to Fox News' request for comment.

Researchers found that obesity among children ages 2 to 5 decreased — to 8 percent, from 14 percent a decade ago. That would represent a 43 percent drop.

“Alongside a distinguished group of leaders in pediatric health and nutrition, we've carefully developed this platform to be holistic, rewarding and inspirational so kids, teens and families get the tools and guidance they need to manage their environment and build and sustain healthy habits,” he said.