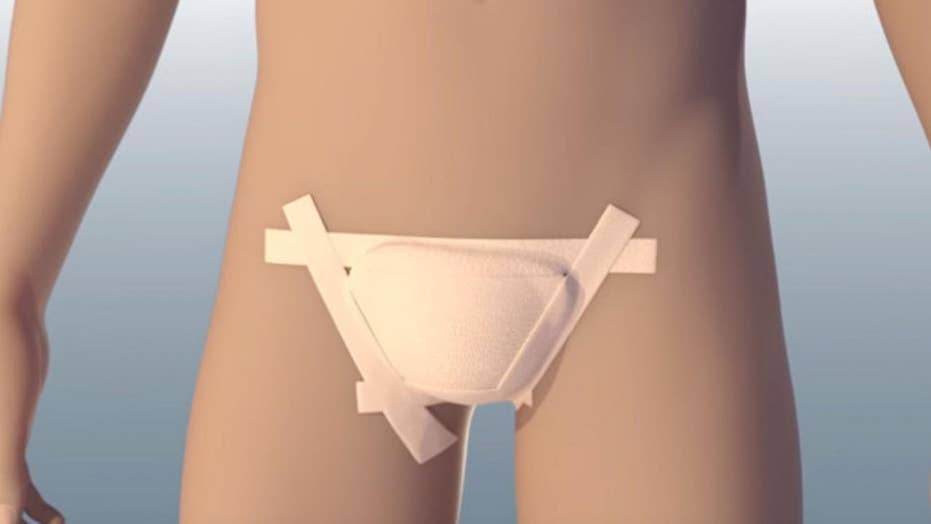 After loosing his legs and genitals to an IED blast a US Navy veteran gets a new penis in one of the world’s first penis transplants.

A veteran who lost the lower half of his body in an explosion has received one of the world’s first penis transplants — and he’s calling it “one of the best decisions I ever made.”

Nine years ago, a US Navy corpsman was tending to wounded soldiers after an ambush by Taliban fighters in Afghanistan when an IED detonated beneath him. It took away his legs — as well as his genitals.

“I remember everything froze and I was upside down,” said the man, who is referred to as Ray in an interview with MIT Technology Review, withholding his real name for privacy reasons. “I remember thinking a quick thought: ‘This isn’t good.’ And then I was on my back.”

In 2013, Ray met with a plastic surgeon, Dr. Richard Redett of Johns Hopkins Medicine in Baltimore, to talk about his options. Redett decided that Ray might be an ideal candidate to undergo a groundbreaking penis transplant.

“This was actually something that could fix me,” said Ray, who is in his mid-30s and walks with two prosthetic legs. “I could go back to being normal again.”

“For him, it was almost either you do this transplant, or you live the rest of your life with your defect,” said Redett.

Until recently, the only treatment available for men in his situation would have been phalloplasty: a transplant of a makeshift member made of tissue, blood vessels and nerves taken from a forearm or thigh, which requires an external pump to become erect. A penis transplant is far more complex than other types of organ transplants. Grafting a donor penis involves many different kinds of tissue, and requires stitching nerves and blood vessels smaller than 2 millimeters wide.

“The threads are smaller than a human hair,” said Redett. “Unless you’re under a [micro]scope, you can’t really even see it.”

At the time of their meeting, only one person had undergone such a procedure, and only three patients in the world have since then.

The first rudimentary penis transplant was performed in 2006 on a 44-year-old in China, who reportedly soon had it removed at his wife’s behest. The next took place in Cape Town, South Africa, in 2014 for a 21-year-old who’d suffered gangrene after a botched circumcision. In 2016, doctors at Massachusetts General Hospital operated on a 64-year-old man who lost his penis to cancer. And in 2017, the same South African doctors from the 2014 transplant did so again on a 41-year-old man who also suffered from a circumcision gone awry.

It took 14 hours for Redett and his team to complete Ray’s procedure in March 2018 — “The most complex [penis transplant] to date,” he said, and the first for a military veteran. Ray, who’d lost the entirety of his reproductive organs, was also given a new scrotum (but not testicles, for ethical reasons involving the donor’s sperm, according to his doctors).

The Technology Review reports that a total of 1,367 Americans in the military suffered major genital injury in Iraq and Afghanistan between 2001 and 2013 — and experts say it’s taking a major toll on veterans’ mental health. “They’re asking where the testicles and the penis are,” reports the journal.

“You can’t put a number on how significantly this affects one of these wounded warriors’ lives.”

DAUGHTER OF VET WHO DIED IN VA HOSPITAL UNDER SUSPICIOUS CIRCUMSTANCES SPEAKS OUT, 'STILL WAITING' FOR ANSWERS

However, some doctors — such as Dr. Hiten Patel, a chief resident at the Johns Hopkins Brady Urological Institute — argue the procedure is medically unnecessary. Patel said a penis transplant “lacks both life-saving and life-enhancing properties when compared to a readily available alternative in phalloplasty.”Considering an estimated 41% of veterans deployed between 2001 and 2007 were more likely to contemplate suicide, a devastating, lingering trauma like this could mean life or death long after physical recovery.

“This surgery was a way for me to overcome that little subconscious voice or whatever it was that would always keep me feeling different from everyone else,” said Ray, who did consider suicide himself. “It was one of those injuries that really stresses you out and you think, ‘Why would I keep going?’ I guess I always just kept this real hope that there’s an answer out there.”

Transplants usually require a lifetime of immunosuppressive medications to help the patient’s body acclimate to the foreign organ, but doctors developed a new approach to ease Ray’s transition. In 2014, the South African patient who received a penis transplant had to have half of his new organ removed after he stopped taking the multiple immunosuppressant drugs — and his body rejected the grafted penis.

Ray’s unique treatment involved an injection of the bone marrow cells from his donor, and now he only needs one pill a day, alongside maintaining a stringent hygienic regimen, such as washing hands frequently.

“It’s kind of like re-educating the immune system,” said Dr. Gerald Brandacher, scientific director of the reconstructive transplantation program at Johns Hopkins. “It allows us to minimize the need for immunosuppression but not completely stop it.”

In the six months since surgery, Ray said he’s “seen improvement over time,” and is just now “getting sensation back” in his transplanted penis.