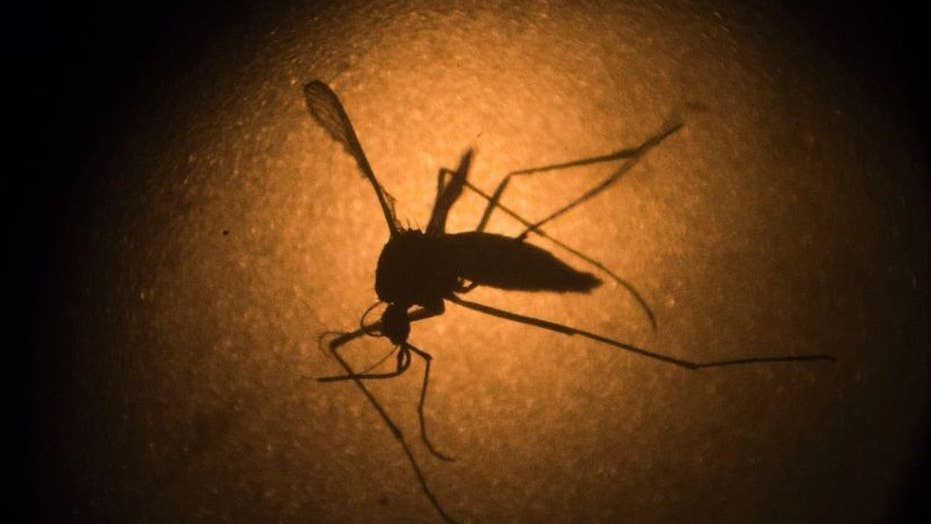 SALT LAKE CITY – A Utah man who mysteriously contracted Zika from his infected father may have got it by touching his dad's tears or sweat with his bare hands, according to new research unveiled Wednesday that found the unusual transmission method was likely caused by his dying father having 100,000 times the normal level of the virus.

The research done by University of Utah doctors and reported in the New England Journal of Medicine, doesn't give definite answers to why the father's levels were so high or why the son contracted the virus in a way not documented anywhere else. But it does offer new details about the events the led to a case that has puzzled researchers.

The father, 73, had been diagnosed with prostate cancer eight months before his June death, the report says. He was receiving radiation therapy and anti-androgen therapy, which may have made it easier for the virus to replicate, said Dr. Sankar Swaminathan, chief of the infectious diseases division at University of Utah Health Care. But Swaminathan said the cancer and treatment doesn't totally explain why the man had such extremely high levels.

He became ill after returning from a three-week trip to the southwest coast of Mexico, his native country that he left in 2003 to move to the United States, the paper says. The report still doesn't provide the man's name or the exact spot in Mexico he visited.

In Mexico, he ate ceviche and soft boiled turtle eggs and went fishing in the ocean, but those food choices and activities played no role in coming down with the virus, Swaminathan said. He and other family members were bitten by mosquitoes, leading him and several others to come down with Zika.

His son, a healthy 38-year-old, became sick five days after visiting his father in the hospital and was diagnosed with Zika. He recovered and later told doctors that he had helped nurses care for his father, including wiping his eyes without gloves.

None of the nurses or doctors who treated his father became sick, or did other family members. Health officials and researchers tested mosquitoes in the Salt Lake City area and didn't find any Zika-infected bugs.

The virus causes only a mild illness in most people. But during recent outbreaks in Latin America, scientists discovered that infection during pregnancy has led to severe brain-related birth defects.

Researchers in this new report concur with a previous assessment by the U.S. Centers for Disease Control and Prevention that the son contracted the virus through a new method other than the two main sources: mosquito bites and sexual activity with an infected person.

But Swaminathan said the findings don't mean people visiting Zika-infested areas and countries need to wear gloves all of the time. They believe the rare transmission happened primarily because the father's extremely high levels of the virus.

"There's no risk of shaking hands with a person who has a typical Zika infection," said Swaminathan, who treated the two.