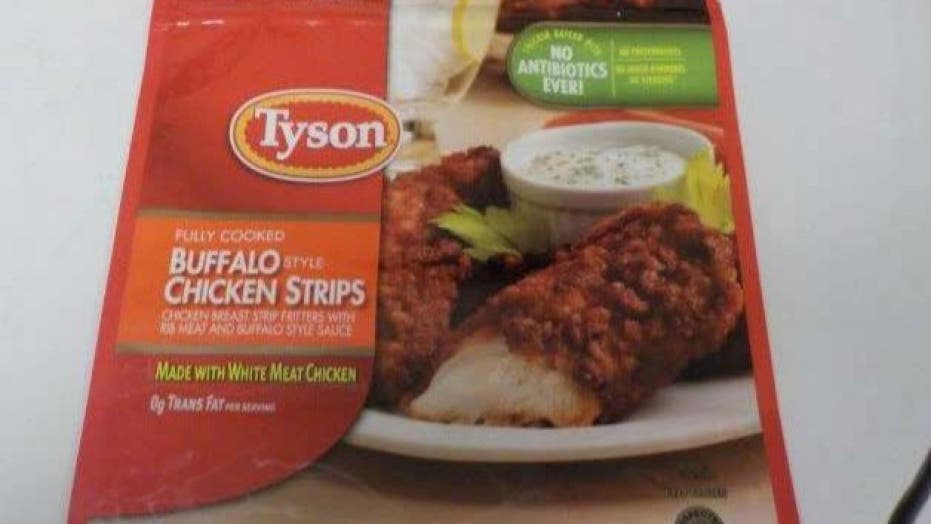 Tyson Foods, Inc. has greatly expanded the recall of its frozen, ready-to-eat chicken strip products because they may contain “pieces of metal.”

The U.S. Department of Agriculture's Food Safety and Inspection Service (FSIS) on Saturday announced the news, noting in a statement the expansion adds to Tyson’s recall in March. At the time, the company called back 69,000 pounds of chicken strips.

An example of one of the recalled products.  (FSIS)

“The problem was discovered when FSIS received two consumer complaints of extraneous material in the chicken strip products. FSIS is now aware of six complaints during this time frame involving similar pieces of metal with three alleging oral injury,” the federal agency said, adding there are concerns the affected products still may be in some consumers’ freezers.

Consumers are instructed to discard or return affected products to the place of purchase for a refund.

The expanded recall comes after the company earlier this year pulled more than 36,000 pounds of chicken nuggets after receiving complaints about rubber material in their product.