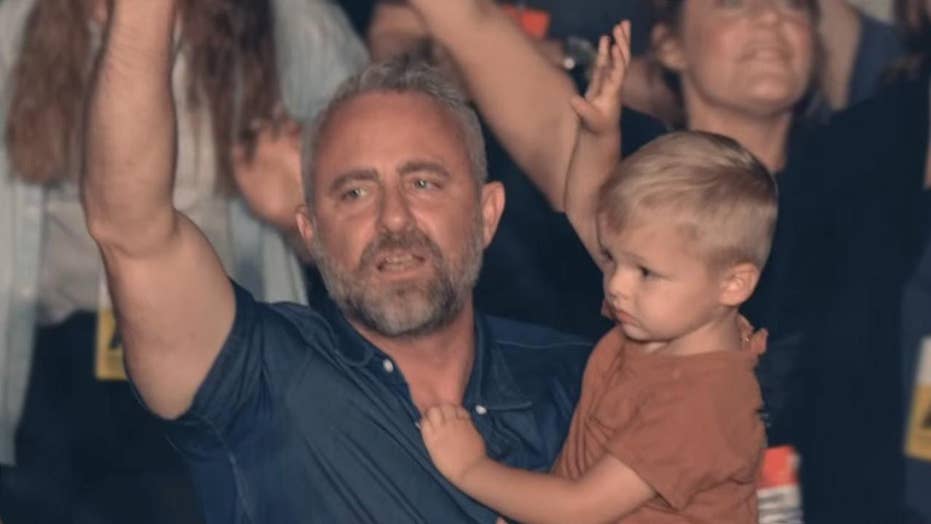 A 2-year-old's miraculous healing from a deadly disease sparked a worship anthem for Bethel Music, a worship group from Redding, Calif.

Just days before Christmas, Jaxon, now 3, was airlifted to an intensive care unit with Hemolytic-uremic syndrome (HUS) caused by an E. coli infection, an illness that shut down his kidneys, and caused seizures and other life-threatening complications.

His parents stood by his bedside praying for weeks as he lay unresponsive, until one night the doctor informed them they had to do surgery but that didn't think their son would make it through the night.

"I thought I'm losing my son," his mother, Janie Taylor, stated. "Even if he makes it through this I don't know if he'll ever know me again. He was gone."

Joel Taylor, Jaxon's father and CEO of Bethel Music, said they needed a Christmas miracle and sent out the news to his network. One of their friends, worship leaders Jonathan David and Melissa Hesler in North Carolina, received the devastating news and immediately had one response.

"I raise a hallelujah in the presence of my enemies," he started singing in a spontaneous moment in worship. "My weapon is a melody" and "heaven comes to fight for me." He recorded it and sent it to Taylor, who played the song over and over again for Jaxon in the hospital bed.

And soon the victories started to come. Jaxon started talking again. Then he was walking. And then he was able to go home.

"We believe in the power of praise," Bethel Worship pastor Brian Johnson, who recently went through a mental breakdown, said. "We've seen God do a lot and I don't know the secret to all of it, but I do know Jaxon is well today and I can't help but wonder and think that praise had a part in that."

Taylor said at one point he didn't have any more prayers to say but could feel the prayers from around the world being spoken on behalf of his son.

"In the battle for his life, the global church community rose up like a mighty army and joined us in prayer and worship all over the world," Taylor said. "Our son was miraculously healed and today is perfectly healthy. For us, Victory has become a declaration of truth over hopelessness, a prophetic statement in the storm of adversity, and a battle-cry when facing the impossible. The battle belongs to our God, and our God is victorious!"

On Monday night, Taylor shared that he got a tattoo with the lyrics "What hell meant to break me has failed" inked on his arm in honor of Jaxon's healing.

As Bethel Music goes on a nationwide tour around their new album, "Victory," they are sharing songs like "Raise a Hallejuah" and sharing the story behind it to encourage others.

"It's part of Jaxon's testimony," Janie Taylor said, "that the world will know that miracles happen."