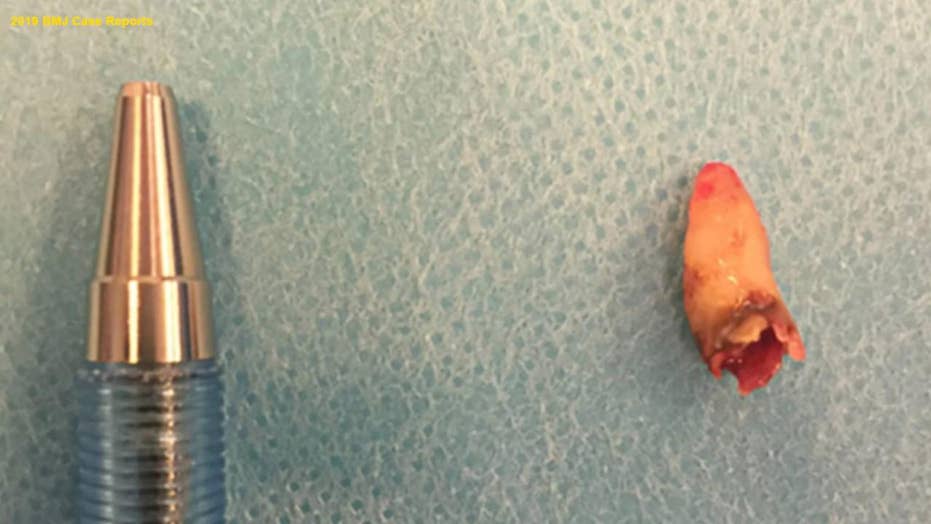 A 59-year-old man went to see a specialist after he lost his sense of smell and had been suffering from a two-year stuffy nose. Doctors were shocked to discover that the culprit was a stray tooth inside his nose.

A curious case of a man’s seemingly typical nasal symptoms landed in a medical journal after doctors discovered that a tooth growing in his nose was the actual culprit. The 59-year-old had complained of a stuffy nose, and the gradual loss of his sense of smell over the last two years and had sought the help of a specialist after topical steroids failed to help, LiveScience reported.

The man, who was not identified by name, had a CT scan at Aarhus University Hospital in Denmark which revealed a mucous-covered mass in his nasal cavity. His doctors suspected a dermoid cyst, which can take on a strange appearance and have hair or other bizarre features.

But according to the study published in BMJ Case Reports on Feb. 21, when the doctors surgically removed the growth, they discovered an extremely rare instance of a stray tooth. The case is so rare, that doctors estimate it occurs in just 0.1 to 1 percent of patients.

“A retained nasal tooth is rare, and the symptoms are variable,” the authors noted in the report’s abstract. “It can resemble other diseases such as chronic rhinosinusitis. Surgical removal is recommended to confirm the diagnosis and eliminate symptoms.”

According to the authors, the man’s symptoms improved after the tooth was removed, but doctors still aren’t sure what caused the tooth to grow, or for how long it had been present without him noticing. Trauma or infection to the area may result in a misplaced tooth or developmental issues, but this man had neither, LiveScience reported.

“In our case there was no obvious explanation,” the doctors wrote in the report, according to LiveScience.