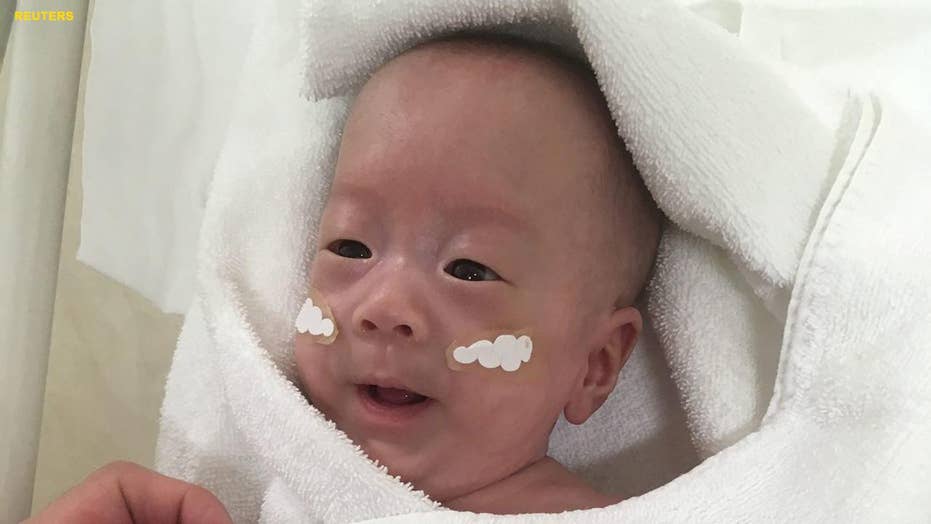 A baby boy born in Tokyo is now believed to be the world’s smallest baby, being born at just 24 weeks gestation and weighing 9.45 ounces.

An infant in Tokyo who is believed to be the smallest surviving baby boy in the world has finally been released from the hospital for the first time since his August birth. The boy, whose name remained confidential, was born via emergency C-section at 24 weeks gestation and weighed less than 10 ounces.

According to the Quint Boenker Preemie Survival Foundation, babies born between 24 and 28 weeks gestation are considered extremely premature, and those weighing less than 2.2 pounds are categorized as extremely low birthweight babies. The foundation lists a 39 percent chance of survival for babies born at 24 weeks gestation. Doctors said the preterm birth was necessary after they found that the baby was not gaining weight and his life was at risk.

Over the last several months in the neonatal intensive care unit, he grew to just over 7 pounds, and was finally discharged from Tokyo’s Keio University Hospital on Feb. 20, Reuters reported.

He is believed to be the smallest surviving baby boy in the world, surpassing a Germany baby who was born weighing 9.6 ounces in 2009. (Keio University School of Medicine, Department of Pediatrics/Handout via REUTERS)

“I can only say I’m happy that he has grown this big because honestly, I wasn’t sure he could survive,” the boy’s mother, whose name was not released, said, according to the hospital.

The infant, whose official birthweight was 9.45 ounces, takes over the smallest surviving baby boy record that was previously held by a child in Germany who was born in 2009 weighing just 9.6 ounces.

The boy's mother, who was not identified, said she is "happy he has grown this big" because she wasn't sure if he could survive. (Keio University School of Medicine, Department of Pediatrics/Handout via REUTERS)

The boy’s doctor, Takeshi Arimitsu, told the BBC he hopes the child’s survival shows “there is a possibility that babies will be able to leave the hospital in good health, even though they are born small.”

Records of the Tiniest Babies are kept by the University of Iowa.