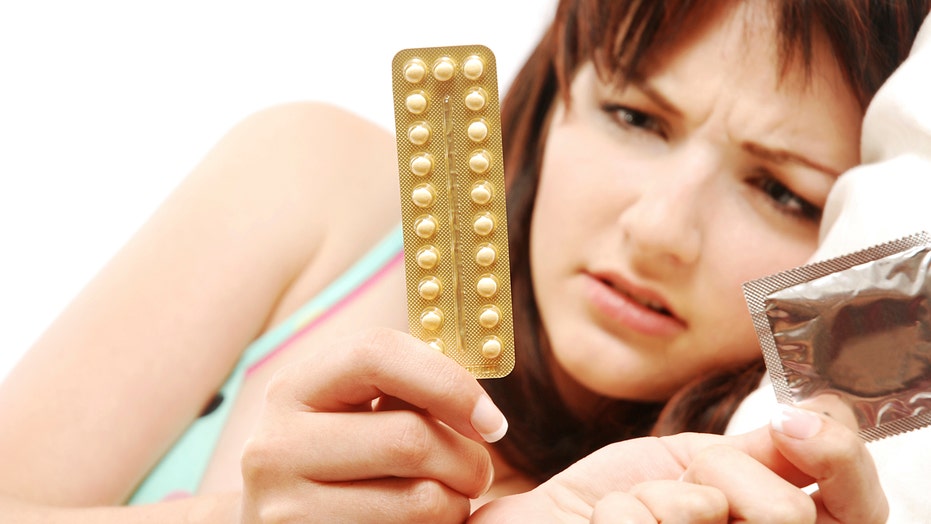 Getting information about contraception on the internet can be misleading and inaccurate. Dr. Manny sits down with urogynecologist, Dr. Lisa Dabney, to debunk some of the most common contraception myths

In a world where most women are either actively trying to conceive— or desperately trying to avoid it— getting information about contraception on the Internet can be misleading and inaccurate. In fact, when it comes to preventing pregnancy, most young adults are still unsure about what really works and what doesn't.

A study from the Guttmacher Institute found that more than half of young men and a quarter of young women had little knowledge of contraceptive services.

The researchers studied adults between the ages of 18 and 29 and also found that 6 in 10 underestimated the effectiveness of oral contraceptives.

Dr. Manny Alvarez, an OB/GYN and the senior managing health editor of FoxNews.com, recently sat down with Dr. Lisa Dabney, a urogynecologist and the director of urogynecology at Mount Sinai West in New York City to debunk some of the most common contraception myths.

1. You can't get pregnant from the withdrawal method: MYTH

The withdrawal method, also known as “pulling out,” may seem like an easy way around not using other forms of contraception like condoms or oral birth control, but its effectiveness should be a concern for couples avoiding pregnancy— like most methods, withdrawal is only effective if the man does it correctly and pulls out before he ejaculates.

“[It’s] definitely not reliable and the main reason is that although most sperm is in a man’s ejaculate, there’s also sperm in secretions that come before ejaculation and it only takes one sperm to become pregnant,” Dabney, a fellow of the  American College of Obstetricians and Gynecologists, told FoxNews.com.

2. You can get pregnant if you have sex during your period: FACT

Some women might assume that ovulation is several days away when they have their period and are bleeding, but that is not always the case for women with a shorter cycle.

“The reason that it’s not always true is because women are only fertile a few days a month, but that window is very different from woman to woman. Some women can have a 21-day cycle and some can have a 35-day cycle, and for the woman that has one week in the luteal phase (the time between ovulation and when you have your period) if she bleeds for seven days, she’s going to start ovulating while she’s still bleeding,” Dabney said. “And sperm can live for three days, so women can get pregnant if the length of their period is long.”

3. You can’t get pregnant if you miss taking one day of the birth control pill: MYTH

When women take birth control pills correctly and without missing a day, they have a 99.99 percent chance of preventing pregnancy. But, according to Planned Parenthood, about 9 out of 100 women will get pregnant each year if they don’t follow exact use and take the pill each day as directed.

“If you use the birth control pills perfectly and you truly only miss one pill, it would be very difficult to get pregnant,” Dabney said. “But the problem is that a lot of times it’s not just one pill that you’ve missed and compliance is really hard. It’s very difficult to remember to take a pill every day.”

“If I had a patient in that situation, I would tell them that they’re probably fine, but that they better use condoms for the rest of the month,” Dabney added.

4. IUDs do not cause infertility: FACT

Over the last few years, long-acting reversible contraceptives (LARC), like the intrauterine device (IUD) or implant have grown in popularity. New statistics show the number of women using the method jumped from 6 percent from 2006 to 2010 to 11.6 percent from 2011 to 2013. But some doctors think the demand for IUDs would have come sooner if it wasn’t for glitches in earlier versions that scared some women away.

“The ones that we have on the market now are very, very safe; they are very different from the ones that came out in the ‘80s, [like] the Dalkon Shield that did have a high risk of pelvic inflammatory disease,” Dabney said.

“One of the main differences was that it had a braded filament--a piece of string that hangs into the vagina-- and bacteria lived in the crevices in the string, which increased the risk of getting pelvic inflammatory disease, which can lead to scarring and blocked fallopian tubes.  This caused a scare and caused companies to pull all IUDs [off the shelves] except for the copper IUD. But today, the string is much smoother so the bacteria can’t cling on as easily,” Dabney explained.

5. Emergency contraception has to be used the morning after unprotected sex: MYTH

Emergency contraception pills (ECPs), also referred to as the “morning after pill,” are used to prevent a woman from becoming pregnant after unprotected sex. When taken as directed, ECPs are highly effective. Plan B One-Step estimates that their treatment reduces a woman’s risk of pregnancy by 88 percent.

ECPs work by delaying ovulation, keeping a woman’s ovary from releasing an egg that could potentially be fertilized.

“Pregnancy cannot happen if there is no egg to join with sperm,” Dabney said. “It has been shown to have some efficacy at three days, but the sooner you take it the better.”

Because the morning after pill is available without a prescription, you don’t have to call your doctor and wait for a response, Dabney added.

Another option is to have a copper IUD placed within five days of unprotected sex.


For more information visit the American College of Obstetrics and Gynecology at ACOG.org.