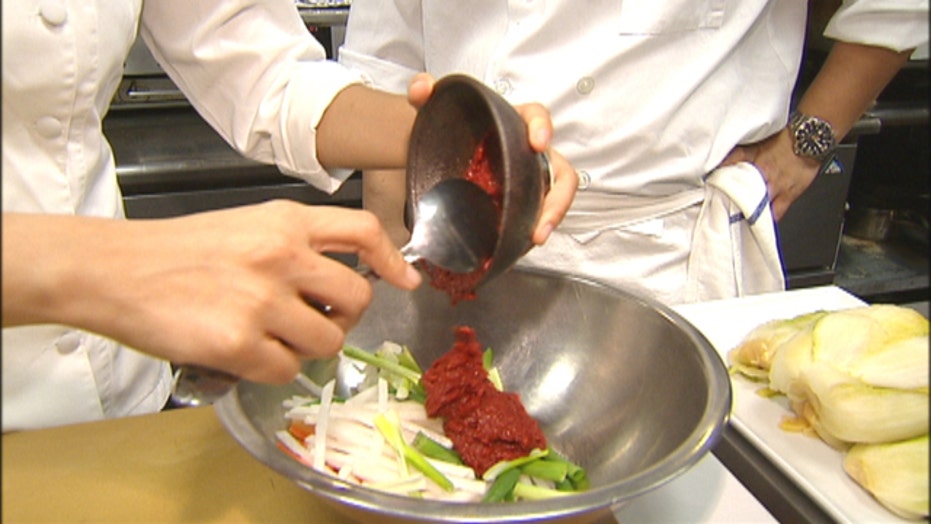 Kimchi, a staple of Korean cuisine, not only tastes good but has some incredible health benefits as well. Chef and Host of “Korean Food Made Simple,” Judy Joo tells us what makes it so healthy

Growing up in a Korean household in New Jersey, chef Judy Joo learned home cooking from the best: her mom.

“She would make kimchi from scratch. She would grow certain vegetables in the garden, everything from the seaweed crisps to the Korean barbeque… absolutely everything that you can think of,” Joo said.

As host of “Korean Food Made Simple” on the Cooking Channel, Judy shares the recipes she grew up eating with her own twist.

Fermented cabbage or radish with lots of spices, kimchi is a staple in Korean cooking. There are 187 varieties of kimchi, and each family has their own recipe. According to Joo, it can be on the table for breakfast, lunch and dinner.

“Koreans don’t feel that they’ve really eaten until they’ve had kimchi,” she said. “They have to eat it every day, or else they feel like something is missing in their life.”

In addition to the great taste, kimchi also has many health benefits. It’s low in calories, helps boost metabolism, and contains immune- and digestion-boosting probiotics.

“It has a thousand times the amount of probiotics that yogurt has…It’s like it’s on steroids!” Joo said.

But there’s a catch.

“It does reek, I’m not going to lie. It’s a very pungent ingredient, but you know, so is goat cheese, so [are] a lot of other things that really stink up your fridge,” Joo said.

Smell aside, the longer kimchi ferments, the greater the health benefit.  The side dish can be found in grocery stores and many western restaurants.