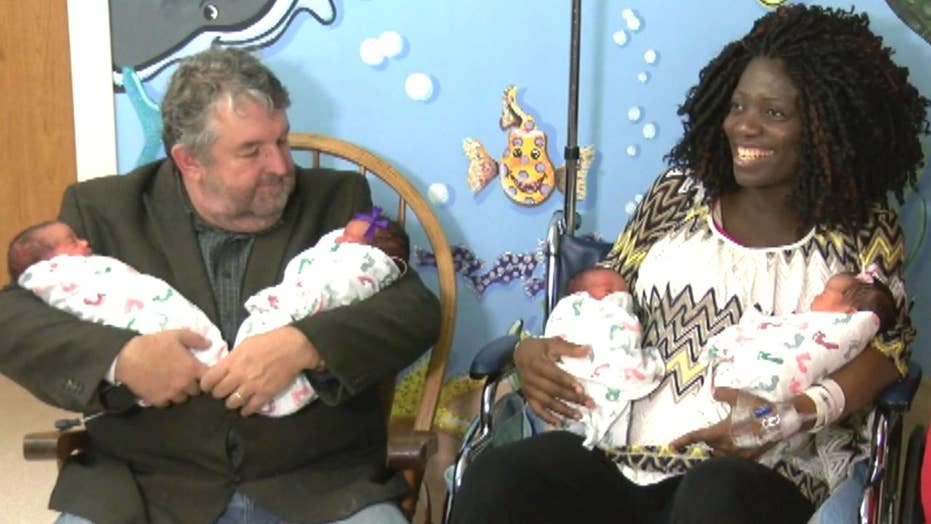 Fourth baby discovered during labor when new mother in Texas who was expecting three babies got a miraculous surprise.

A Texas woman expecting triplets was surprised with a fourth baby after she went into labor on Monday.

Vivian Van Gorder, of Waco, gave birth to two boys and two girls on May 21. Doctors discovered the fourth child while Van Gorder underwent a C-section.

"At delivery we delivered the three we were expecting," Dr. Tony Dunn told KXAN-TV. “I reached in and felt an elbow and said 'we got a surprise.'"

Doctors never detected the fourth baby, who has not been named yet, despite the various ultrasounds Van Gorder underwent. The infant was “hiding behind her siblings in the womb,” KWTX- TV reported.

“When we start to see somebody in labor and pregnancy, it really is hard to keep all the numbers of arms and legs straight because you're only looking at one area of the abdomen at a time with the ultrasound,” Dunn added.

Three of the four newborns are named Tristan, Erik and Clare. All together, the babies weighed 20 pounds. The new parents are still thinking of a name for their fourth baby.

The quadruplets, who are the first set in the Baylor Scott and White Hillcrest Medical Center’s 98-year history, join their three other siblings, ages 10, 9 and 4, respectively.