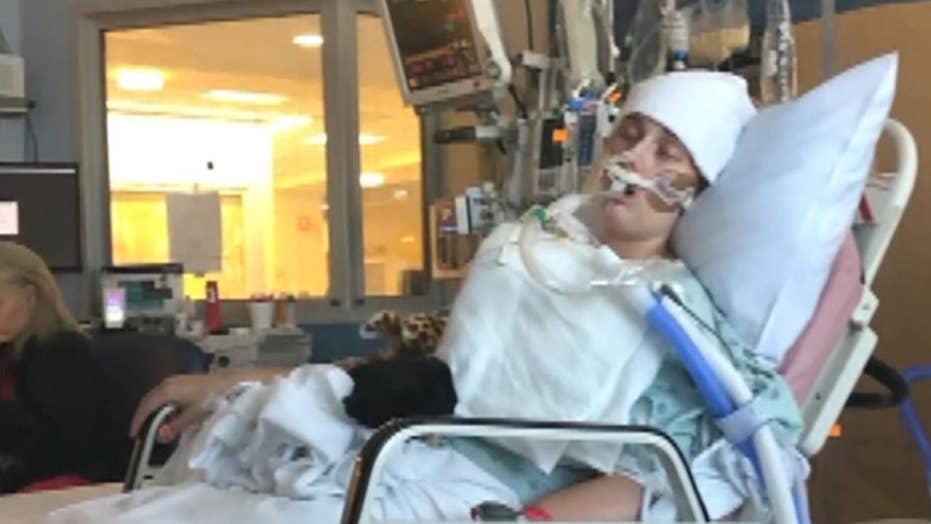 17-year-old teenage girl on life support due to vaping

A Texas family is one of dozens who have now stepped forward to warn about the dangers of vaping as their teen daughter remains on life support in the hospital.

Jennifer Audas claims that on the day her daughter Whitney Livingston decided to quit vaping, she spiked a fever.

“She had decided, ‘I can’t do this anymore. I’m going to put this down. I’m not going to vape,’” Audas told Fox4News.com. “And that’s the night she started running a fever.”

Audas said her daughter had reached her decision after reading headlines about other teens across the country landing in the hospital with severe lung illness believed to be caused by vaping. Health officials have reported at least six deaths and 450 cases of severe illness possibly linked to vaping, and are urging teens to put the devices down as they investigate a possible cause.

The 17-year-old, who had vaped for two years, according to her mother, was taken to Children’s Medical Center Dallas when her symptoms continued to worsen and remains on life support with pneumonia in both lungs.

“If you or a loved one is vaping, please stop. The recent deaths across our country, combined with hundreds of reported lung injury cases continue to intensify."

— Dr. Lee Norman, Secretary for the Kansas Department of Health and Environment

Audas told the news outlet she had suggested vaping to her daughter as a safe way to quit smoking cigarettes.

“You think cigarettes […] you are going to get cancer,” she told Fox4News.com. “So this is much healthier because that’s the way it’s portrayed.”

Audas said her daughter is showing signs of improvement, but they aren’t sure what long-term damage she may suffer.

Livingston is not unlike Maddie Nelson, an 18-year-old in Utah who had spent years performing vaping tricks and testing out new products; Audas said Livingston’s doctor said her illness “looked like no pneumonia he’d ever seen,” while Nelson said her doctor declared her chest X-rays “one of the worst they’ve ever seen.”

On Tuesday, health officials in Kansas reported the state’s first vaping-linked death and said it involved an adult over the age of 50.

“It is time to stop vaping,” Secretary for the Kansas Department of Health and Environment Dr. Lee Norman said in a statement. “If you or a loved one is vaping, please stop. The recent deaths across our country, combined with hundreds of reported lung injury cases continue to intensify. I’m extremely alarmed for the health and safety of Kansans who are using vaping products and urge them to stop until we can determine the cause of vaping related lung injuries and death.”