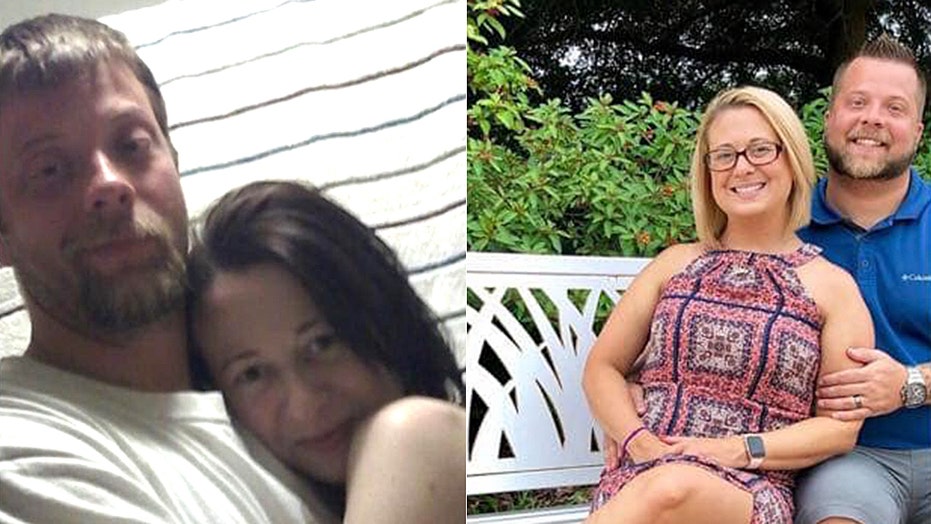 A Tennessee couple who shared their transformation photos ahead of what will mark their third year sober after overcoming meth addiction has received kudos from supporters across the nation.

Brent Walker posted a photo of himself and his wife, Ashley, taken in late 2016 shortly after he was released from jail, and another of them from this July. He hashtagged it “#Cleanchallenge.”

The couple, pictured left still addicted to meth, and right nearly three years sober, said if the post helps one person it'll be worth it. (Courtesy of Brent Walker)

“This is my wife and I in active meth addiction[,] the first was taken around December 2016 and the second one was taken in July of 2019,” the now-30-year-old wrote in the July 26 post. “This December 31st will be 3 years we have been clean and sober and living for God. I hope that my transformation can encourage [an] addict somewhere! It is possible to recover!!”

The photos and Walker’s words went viral, receiving more than 144,000 shares and 19,000 comments. Many of the commenters said they were sharing his post in hopes that a loved one struggling with addiction would see it on their timeline.

“People have written to say, ‘Ashley looks so different now – glad she got rid of that guy in the picture,’” Brent Walker told Yahoo Lifestyle.

The pair met during a marijuana deal in 2010 and dated on-and-off for years. In 2016, Ashley Walker lost custody of her kids and Brent had spent more time in jail before he approached her with an ultimatum.

“He said, ‘Get clean with me or leave,’” remembered Ashley Walker, now 32 and a certified nursing assistant, according to Yahoo Lifestyle.

They married in January 2017 and are working on building credit to buy a home, regaining custody of Ashley’s children and getting Brent’s license back. Brent said even if his photos help one person, it will have been worth it.

“It was to show them that it gets better,” he told Yahoo Lifestyle.

In 2016, 48.6 million Americans used illicit drugs or misused prescription drugs, and more than 63,000 drug overdose deaths in the same year involved a prescription or illicit opioid. The next year, over 15,000 Americans died from drug overdoses involving heroin, with the use of the drug skyrocketing among both men and women in recent years.