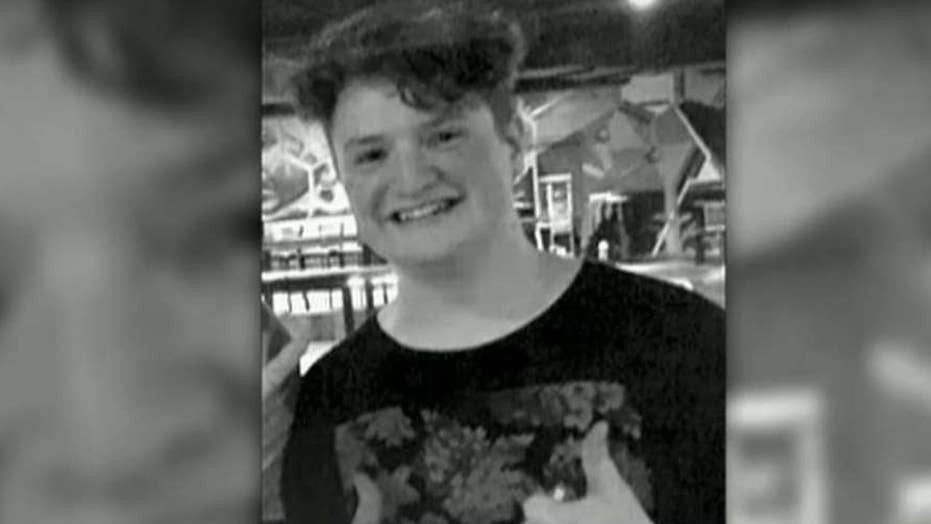 Dr. Teo Mendez explains how much caffeine is too much?

The family of a South Carolina teen who collapsed and later died after consuming an excessive amount of caffeine is speaking out to warn others about the potential dangers of energy drinks and other stimulants.

“It wasn’t a car crash that took his life,” Sean Cripe said of his 16-year-old son Davis, according to USA Today. “Instead, it was an energy drink. Parents, please talk to your kids about these energy drinks. And teenagers and students: please stop buying them.”

ENERGY DRINKS MAY BE RISKY FOR PEOPLE WITH GENETIC HEART CONDITION

On April 26, Davis Allen Cripe consumed a large Diet Mountain Dew, a cafe latte from McDonald’s and an energy drink in a span of two hours. He then collapsed at his Spring Hill High School and later died at Palmetto Health Baptist Parkridge Hospital. The Richland County Coroner said on Monday that the official cause of death was a “caffeine-induced cardiac event causing a probable arrhythmia.”

“Davis, like so many other kids and so many other people out there today, was doing something (he) thought was totally harmless, and that was ingesting lots of caffeine,” Coroner Gary Watts said in a news conference. “We lost Davis from a totally legal substance.”

Watts said Cripe was healthy and had no family history of a medical problem that could have been exacerbated by the high levels of caffeine in his system, according to USA Today.

EX-ESPNER HAD MISCARRIAGE DURING LIVE BROADCAST

Dr. Teo Mendez, an orthopedic surgeon at New York Orthopedics, told Fox News that part of the danger is not knowing exactly how much caffeine is in these energy drinks.

He also warned on the other stimulants like guarana that are added to these drinks and contain twice the amount of caffeine as a coffee bean. The American Academy of Pediatrics recommends children and adolescents under 18 should not consume these energy drinks, which Mendez agrees with.

“I think if you’re under 18, I would follow the guidelines of the American Academy of Pediatrics,” he said. “We really should be monitoring our kids and not allowing them to be drinking energy drinks.”

Mendez said his warning is especially true for teenage athletes who can be confused by the difference between an energy drink and a sport drink. Some telltale warning signs of toxic doses of caffeine include anxiety, sweat, increased blood pressure, heart palpitations, headaches and generally feelings of nervousness.

“[Parents] should be vigilant, especially with young kids, you need to tell them to stay away from these energy drinks,” he said.

Watts said Cripe had a history of drinking caffeinated beverages but the family said it had not reached the levels of addiction.

“The purpose here today is not to slam Mountain Dew, not to slam café lattes, or energy drinks,” Watts said on Monday, according to NBC News. “But what we want to do is to make people understand that these drinks – this amount of caffeine, how it’s ingested, can have dire consequences. And that’s what happened in this case.”