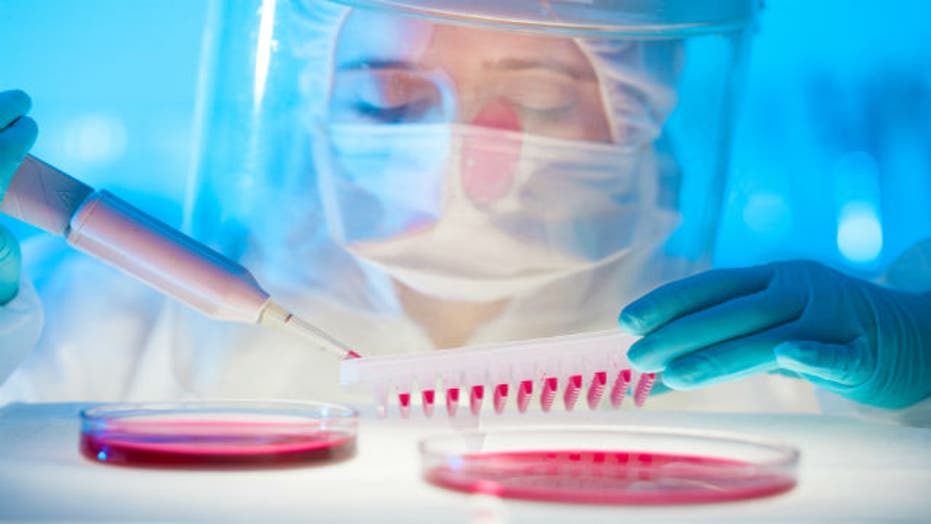 Why a dangerous bacterium could cure cancer

Breast cancer survivor, Dr. Yvonne Paterson is one of the early pioneers of tumor immunology. After founding Advaxis, a bio-tech company, her lifelong research is finally being developed to help cure metastatic disease

Medical breakthroughs happen every day, but why haven't doctors found a way to eliminate cancer?

"It’s all about metastatic disease when we're talking about cancer— you can always cut the primary tumor out but it’s metastatic disease that kills you," Dr. Yvonne Paterson, an associate dean at the University of Pennsylvania School of Nursing told FoxNews.com.

Paterson is a breast cancer survivor and is determined to develop a treatment that will eliminate metastatic disease.

“There is a non-academic side of it for me, and that is seeing my father die of colon cancer, seeing my sister-in-law die of ovarian cancer before she even reached the age of fifty, and having cancer myself,” Paterson said.

Immunotherapy is a relatively new form of cancer treatment that boosts and redirects the immune system to kill cancer. Paterson became one of the first pioneers of tumor immunology in the early 1990s.

“The idea of immunotherapy is that your immune system has evolved not just to fight infectious disease [like a cold virus or the measles], but it’s also evolved to recognize tumor cells— cells that have changed and transformed into dangerous cells— and eliminate them,” Paterson said.

Since our immune system does not recognize cancer cells as abnormal, Paterson discovered that the powerful bacterium called listeria could help.

"That was a big ‘aha’ moment. It was like whoa-- maybe you can harness this bug to induce exactly the kind of immune response you need to get rid of cancer,” she said.

Listeria is a type of bacteria that can cause food poisoning and other symptoms like fever and muscle aches.

By doing this, the immune system is fooled into thinking the cancer cells are infected with the bacteria and need to be eliminated.

At the same time, the immune system also learns to associate newly developed tumor cells with listeria so it can continue to kill and prevent metastatic tumor cells from developing.

Dr. Brett Miles, the lead investigator on the Advaxis head & neck trial at Mount Sinai Hospital said their early data looks promising and they have seen some immune response to the tumors.

“The exciting thing about immunotherapy is that traditional therapies like radiation treat at the point of time, but they don’t offer any long-lasting benefits for these types of cancers. Immunotherapy has a long-lasting benefit because the idea is to make sure the patient’s immune system is aware of these potentially circulating cells.” Miles, an assistant professor of otolaryngology at the Icahn School of Medicine at Mount Sinai in New York told FoxNews.com.

Trials for osteosarcoma have also shown hopeful results in dogs.

"We are actually prolonging survival of these dogs in some cases out to two-and-a-half years plus— and these dogs do not have evidence of clinical disease at this time, so they appear to be tumor free, which is remarkable," the study’s lead investigator Dr. Nicola Mason, an assistant professor of medicine at University of Pennsylvania School of Veterinary Medicine told FoxNews.com.

Mason’s trials confirm the therapy works in canines with the HER2/neu receptor-- the same receptor found in many breast cancer patients.

“We’ve shown in the models that we’ve used- in the mouse, in the dog and in humans now- that the vaccines that we've made have been effective, they've all made an impact on metastatic disease - and so I am fairly confident that we should be able to apply it to almost any cancer," Paterson said.

Advaxis plans to begin Phase 1 of their HER2/neu cancer immunotherapy trial in breast cancer in early 2015.

For more information on any of these immunotherapy trials, visit Advaxis.com.