Kennedy’s sister, Kathleen Kennedy Townsend, his brother, Joseph P. Kennedy II and his niece Maeve Kennedy McKean wrote an essay published in Politico Wednesday. While they praised Kennedy for his work with the environment, they said he was “wrong” about vaccines.

“Robert F. Kennedy Jr. — Joe and Kathleen’s brother and Maeve’s uncle — is part of this campaign to attack the institutions committed to reducing the tragedy of preventable infectious diseases,” the column read. “He has helped to spread dangerous misinformation over social media and is complicit in sowing distrust of the science behind vaccines.”

Kennedy’s relatives argued the activist’s “work against vaccines is having heartbreaking consequences.”

SEN. JOHN KENNEDY: COMEY IS A 'HACK POLITICIAN' WHO HAS TARNISHED THE FBI'S REPUTATION

“The challenge for public health officials right now is that many people are more afraid of the vaccines than the diseases, because they've been lucky enough to have never seen the diseases and their devastating impact,” the column continued. 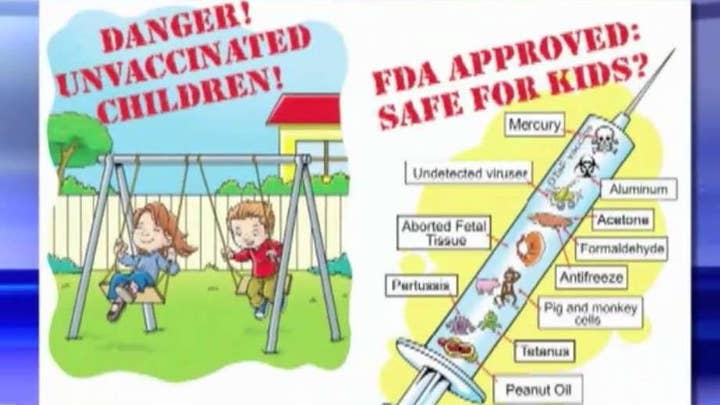 Kennedy is the chairman of the Children’s Health Defense board. The group has been linked to spreading information that blamed vaccines for chronic conditions in children such as autism and diabetes, according to The New York Times. In 2005, Kennedy wrote a column for Rolling Stone and Salon saying thimerosal, an ingredient in some vaccines, was hazardous and claimed the government was covering up its connection to autism, according to The Washington Post. Rolling Stone was forced to issue several corrections and Salon retracted the column.

An outbreak of the measles has surged across the U.S., with more than 700 cases this year and counting. Measles in most people causes fever, a runny nose, cough and a rash all over the body. A very small fraction of those infected can suffer complications such as pneumonia and dangerous swelling of the brain. According to the CDC, for every 1,000 children who get measles, "one or two will die from it." In 2000, measles was declared eliminated from the U.S.