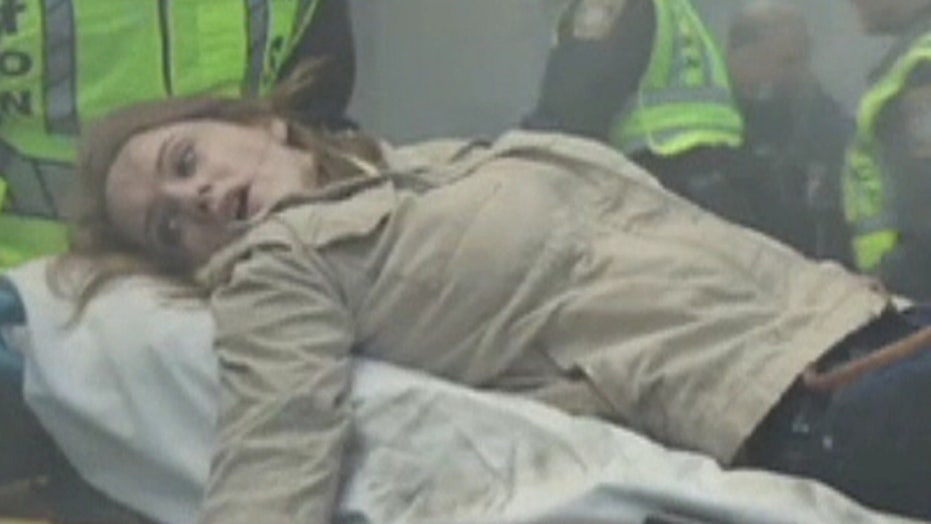 'Patriots Day' stars reflect on tragedy and the human spirit

The newlyweds who lost their legs in the Boston Marathon bombings say they have found strength in the days since the tragedy through love from strangers and each other.

“I miss my legs every day, but I had never felt this collective love and support from total strangers,” Kensky told PEOPLE. “But all of us became recipients of this incredible ocean of love and support, and it didn’t stop.”

Jessica Kensky and her husband, Patrick Downes, appear in the new movie “Patriots Day,” which stars Mark Wahlberg and tells of law enforcement officials’ quest to find the terrorists involved in the April 2013 tragedy. Kensky and Downes, who had been married for seven months, were heading toward the finish line to cheer on runners when the two homemade bombs exploded. Kelsey lost her left leg below the knee and later had her right leg amputated, PEOPLE reported. Downes lost his left leg below the knee.

In the three and a half years since the explosion, Downes and Kensky have relocated to Walter Reed Medical Center. Their disability-assistance dog, Rescue, helps them complete simple tasks like getting the phone and shutting doors, as well as helping relieve Kensky’s stress.

“The first night he stayed at our place, six to seven months after the bombing, she slept through the night,” Downes told PEOPLE. “It was like a magic drug.”

In addition to support from strangers, the couple told the website other survivors from the attacks have helped them endure in the days since their injuries.

“We feel this incredible bond with each other,” Downes told PEOPLE. “They do really feel like family, especially because we’ve experienced this very unique event.”