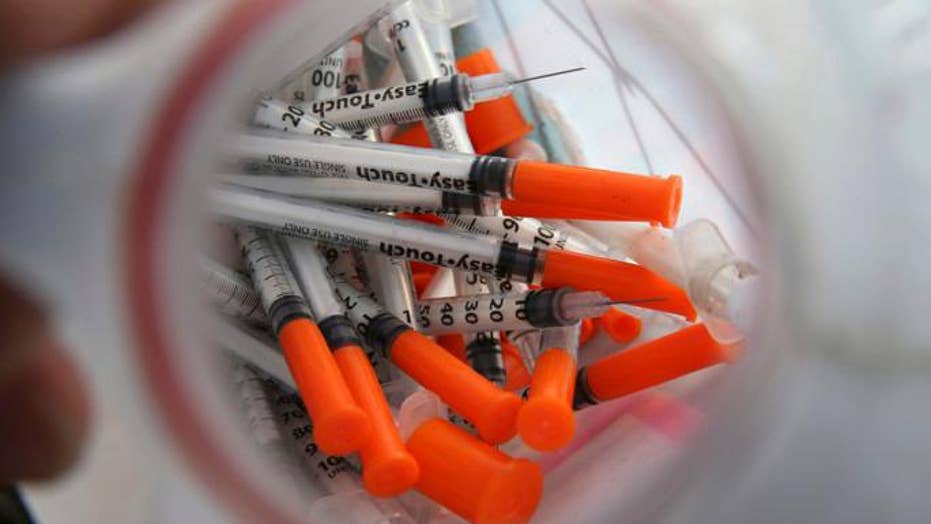 Ten years after she tried heroin for the first time at college, a once-aspiring law student fatally overdosed in her childhood bedroom in Maine while texting her boyfriend. Two years later, her heartbroken mom has written a moving essay about her daughter, Alexa “Lexi” Lamoureux, saying she “was not a ‘junkie,’” and grew up in a loving home with a great support system.

“We are not addicts,” Susan Lamoureux wrote in The Sun. “We are loving parents who have always given the best to our children. Lexi was not a ‘junkie,’ as some would say. She worked from the age of 16 and supported herself until her death. She was somebody. She was our beloved daughter. Her father and I will forever wonder if there was anything we could have done differently. It takes one use to become addicted to heroin.”

MISSOURI MOM'S BEFORE, AFTER PHOTOS OF ADDICTED SON GO VIRAL: 'THE FACE OF HEROIN AND METH'

Lamoureux wrote that her daughter first tried heroin as a 19-year-old undergraduate student in Massachusetts, and swore that she would never try it again.

“She told me and promised me she wouldn’t do it again and I believed her,” Lamoureux wrote. “But from that first time, the vicious cycle of addiction took hold and Lexi would never be the same again.”

Lamoureux said her daughter went to rehab several times, attended classes and alternative therapies, but the addiction kept creeping back in. The grieving mother said the family’s world came crashing down on Sept. 16, 2017, when her husband, Chris, found their daughter unconscious on her bedroom floor.

The then-28-year-old was rushed to a local hospital and then transferred to a larger facility in Maine, but doctors said she had been brain dead for an estimated 45 minutes. The family decided to donate her organs, and while waiting for potential recipients, they surrounded Lexi with love in her final days.

Lamoureux said she has dedicated her life to honoring her daughter’s memory and working to reduce the stigma of heroin addiction. The family started the "Learn from Lexi Foundation," and plan to continue raising awareness.

“I am here to explain this: If my daughter, who had the world at her feet and the love and support of her family, could become addicted from that first heroin use and subsequently die from an overdose, then it can happen to your child or loved one just as quickly and easily,” she wrote.

LICK HERE TO GET THE FOX NEWS APP

Another mother recently went viral for sharing chilling before-and-after photos of her son, who she says is addicted to heroin and methamphetamine in an effort to raise awareness. Jennifer Salfen-Tracy, of Missouri, added that her son Cody is currently homeless in Las Vegas.

During 2017, nearly 494,000 people in the U.S. reported using heroin, which has seen an increase in recent years among men and women in most age groups and across all income levels. In that same year, over 15,000 people died from drug overdoses involving heroin, a rate of almost 5 deaths for every 100,000 Americans, according to the Centers for Disease Control and Prevention (CDC).