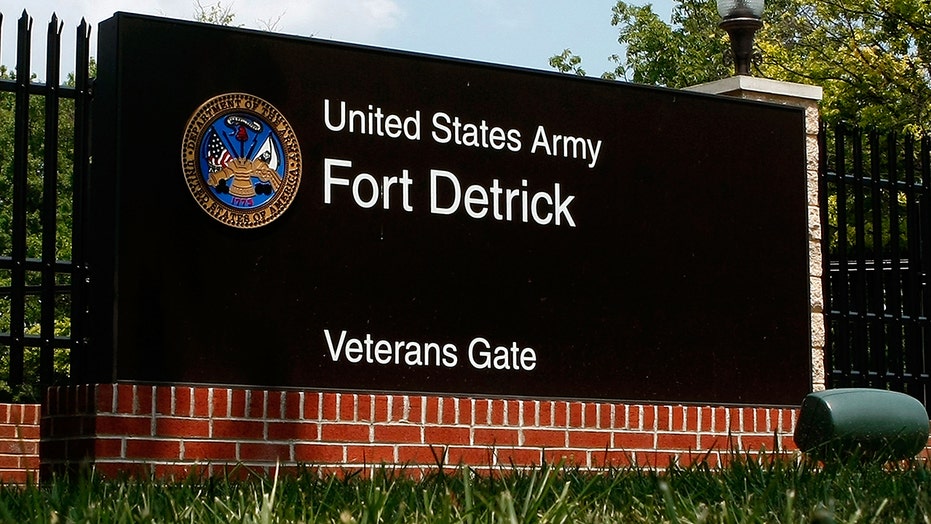 Ebola research center shut over problems with its disposal methods

A military laboratory in Maryland used for biological defense research, which houses some of the world’s most dangerous pathogens, was ordered to stop research last month after failing an inspection.

The U.S. Army Medical Research Institute of Infectious Diseases at Fort Detrick was ordered to cease all operations last month after an inspection by the Center for Disease Control and Prevention in June found several causes for concern regarding safety precautions, The Frederick News-Post reported.

ARIZONA MAN SAYS HIS MOTHER’S BODY WAS BLOWN UP IN A MILITARY DETONATION TEST WITHOUT HIS CONSENT: REPORT

Spokeswoman Caree Vander Linden confirmed the news to the outlet, adding that inspectors questioned standard operating procedures including failure to follow local procedures and a lack of periodic recertification training for workers in the biocontainment laboratories. She also said that the wastewater decontamination system failed to meet standards.

“USAMRIID will return to fully operational status upon meeting benchmark requirements for biosafety,” she said in an email. “We will resume operations when the Army and the CDC are satisfied that USAMRIID can safely and consistently meet all standards.”

According to its website, USAMRIID was founded in 1969 by the Department of Defense with a mission to “protect the warfighter from biological threats,” in addition to research disease outbreaks and threats to public health.

The order will suspend research into organisms that cause Ebola, smallpox, anthrax and plague, and poison ricin, the New York Times reported.

Research at Fort Detrick was previously suspended in 2009 after an inspection revealed that the facility was storing pathogens not listed in its database.