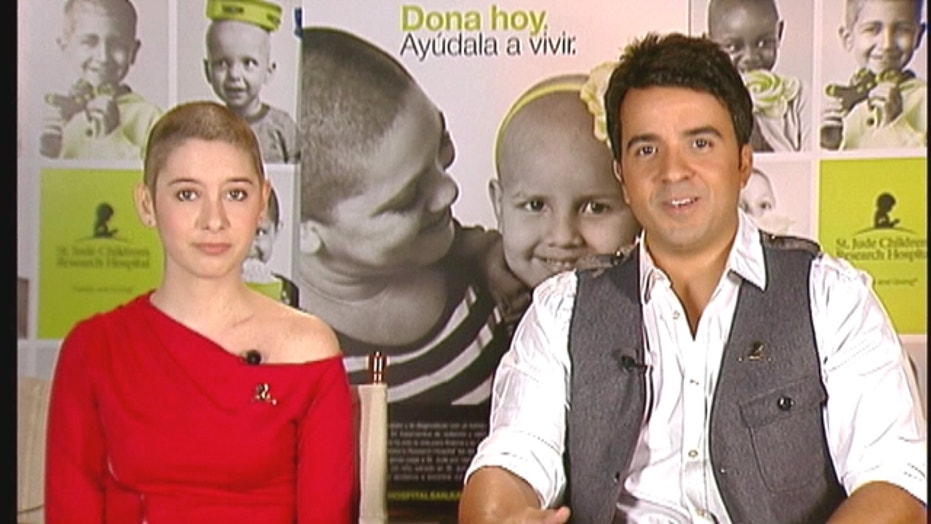 Puerto Rican singer Luis Fonsi considers giving back to children diagnosed with cancer as one of his biggest accomplishments.

Puerto Rican pop star Luis Fonsi may have recorded chart-topping hits and garnered a Latin Grammy Award for his musical efforts, but he considers giving back to children diagnosed with cancer one of his biggest accomplishments. That feeling was confirmed when he met Susie, a 17-year-old patient who battled lymphoma–and won.

“I’ve been involved with St. Jude for about 7-8 years,” says the 34-year-old in an interview with Fox News Latino. “I completely fell in love not only with the actual hospital, but with the people and their mission, their message and their courage.”

St. Jude’s Research Hospital, the Memphis-based hospital which opened in 1962, has been providing families with treatment for pediatric cancer and other deadly diseases. According to the organization, no child is denied treatment based on a family’s inability to pay. Their holiday campaign, titled “St. Jude Thanks and Giving,” has been running for nine years with the help of celebrities, encouraging consumers to provide donations, which will benefit the hospital and its young patients. Fonsi is among one of its chosen Latinos to help raise awareness on the hospital’s mission.

Susie, whose family moved to Memphis from Mexico to obtain treatment for lymphoma, continues to be thankful for the aid its staff has provided.

“When I got here, I was very sad because I thought I was going to die, but the people working at St. Jude, they’ve taught me cancer does not mean you’re going to die. And that I could go on and make it possible to heal,” describes a now-smiling Susie, who had her last chemotherapy session about five days ago.

“And have a healthy beautiful life,” adds Fonsi.

A report issued this year by the American Cancer Society noted that more Hispanics in the U.S. die from the disease each year than from any other cause. They estimate that by the end of the year, over 33,000 cancer-related deaths will occur among Hispanics.

It’s one of the many reasons, along with Susie’s journey, that has prompted the singer to go from performing among hundreds on stage to befriending families at the hospital.

“It’s tough. Cancer is tough,” says Fonsi. “Even saying it. It’s a tough word to say. But, you really feel very positive and that’s the vibe you get. To me, it’s really important to deliver the message and talk to people and get them involved in the campaign. Especially now during the holiday season when we’re doing so much celebrating. It’s important to think about the kids that really need our support.”

While the American Cancer Society notes the disease is relatively rare among children and adolescents, it’s not well understood why they may get this potentially fatal condition. Lymphoma is considered one of the most common cancers among Hispanic children and it is the second-leading cause of death among those ages 0-14.

For many families at St. Jude, they had to leave everything behind, including their homes, in hopes of finding a cure.

“Sometimes you have to leave family members behind in schools and get treatment,” says Fonsi.

“However, they explained this to me, with a smile on their faces, and filled with hope and excitement…Financially, (St. Jude) takes care of everything. Not only their treatments, but transportation, where they stay….it’s amazing just the vibe you get and once again, this is because of donations from the people. That’s why it’s so important to get this message across to people in the world. To keep the St. Jude family going.”

For Susie, as long as people like Fonsi continue to share their experiences with the public, St. Jude will continue to provide hope for families.

“(And) there’s a chance you can heal,” says Susie. “You’ll have your family and friends before you’re diagnosed. Life doesn’t end there. There’s a big chance to be cured.”