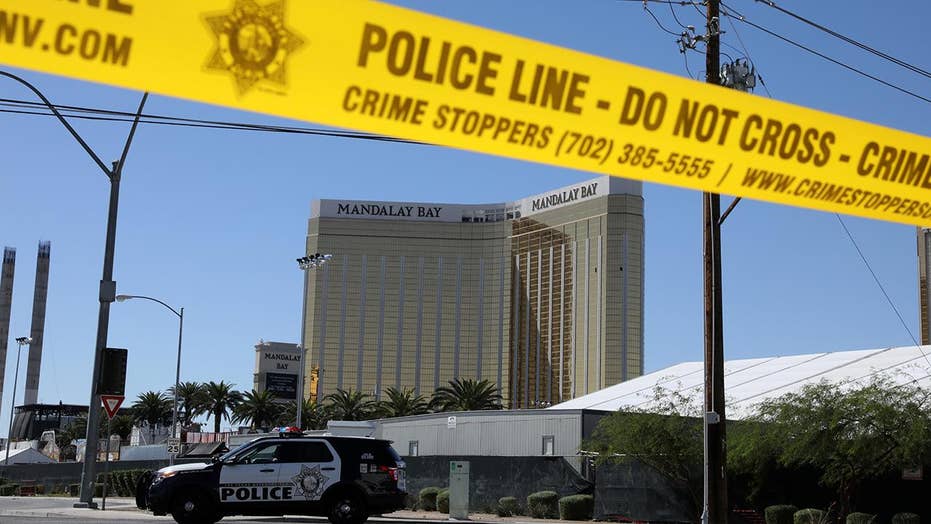 Can anything be done to prevent other mass shootings like the massacre in Las Vegas? #Tucker

The residents of Las Vegas have banded together to help the victims of Sunday’s mass shooting, lining up for hours to donate blood, as people around the world collectively donated over $2 million to help with relief efforts.

Lines started forming at the crack of dawn at blood banks operated by United Blood Services across the metro, according to The New York Times, while hundreds of people dropped off food and other supplies at the Thomas & Mack Center on the University of Nevada campus.

Local officials also set up a GoFundMe page to help victims just hours after the gunman opened fire on a country concert, killing at least 59 and sending more than 510 others to hospitals.

As of Monday evening, over $2 million was raised and “will be used to provide relief and financial support to the victims and families of the horrific Las Vegas mass shooting,” according to a statement posted on the charity page.

Even celebrities heeded to the call to help including Mike Tyson, Kid Rock and country music group Florida Georgia Line.

The call for blood donation and other assistance from the public started during an early-morning news conference on Monday.

"If you have the ability to donate blood to help the cause, please do so," Clark County Sheriff Joseph Lombardo stressed during the news conference.

LAS VEGAS SHOOTING: AT LEAST 59 DEAD, MORE THAN 500 SENT TO HOSPITALS IN MASSACRE

The city's mayor and Nevada's governor later echoed his call.

"If our people want to do something and they are healthy, then please donate blood," Mayor Carolyn Goodman said. "We will have plenty of banks available, always call a hospital where to go."

Gov. Brian Sandoval thanked paramedics and first responders and described the scene as "a war zone."

Sunrise Hospital and Medical Center said in a statement it received 14 patients who died and more than 160 who were injured. The statement said the Las Vegas hospital's doctors performed about 30 surgeries and that police were still trying to notify relatives of the victims.

Lombardo said United Blood Services would be taking donations at 6930 W. Charleston in Las Vegas, and 601 Whitney Ranch in Henderson. He said those unsure of where to go should consult local hospitals or the police department website.

Photos taken by witnesses at multiple donation centers showed lines of volunteers snaking through parking lots. Rep. Ruben Kihuen, a Democrat whose congressional district includes a portion of Las Vegas, visited a hospital where some of the victims were taken.

Additional information on blood donation requirements and eligbility can be found on the American Red Cross website.

Police have identified Stephen Craig Paddock as the lone suspect in the deadliest mass shooting in modern United States history. The 64-year-old Mesquite, Nev., resident was found dead of a self-inflicted gunshot wound inside his room on the 32nd floor of the Mandalay Bay Resort and Casino.

FULL COVERAGE OF MASSACRE ON THE STRIP

More than 22,000 were attending the Route 91 Harvest Festival across the street when the bullets rang out. Officials said the death toll had reached at least 58, with 515 others injured. Video footage from the event shows country star Jason Aldean fleeing the stage amid gunfire, as thousands ducked for cover.

The FBI is asking anyone with videos or photos concerning the shooting to call 1-800-CALL-FBI. Those looking to report a missing person in connection to the shooting are instructed to call 1-866-535-5654.