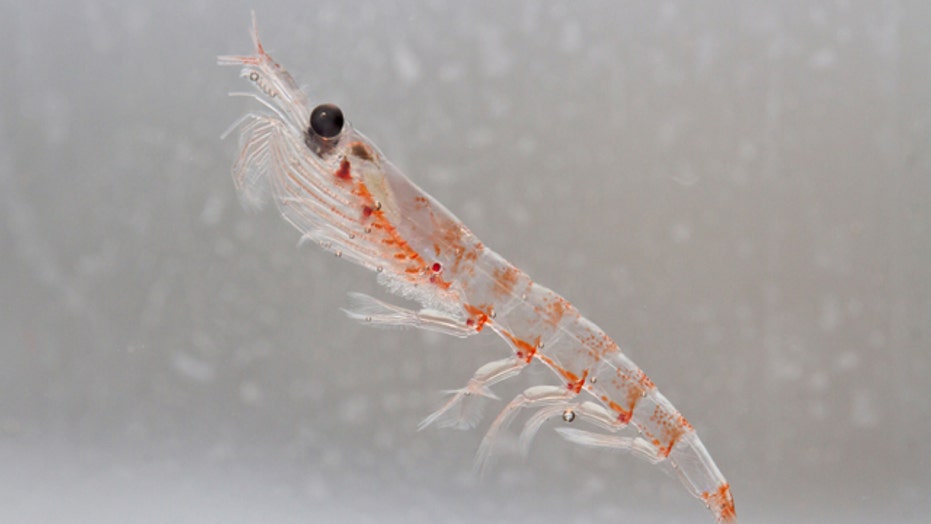 For healthy fats, omega-3 fatty acids are some of the best. Fish oil supplements offer the nutrient, but could a tiny sea creature provide a better alternative? Dr. Manny talks with the author of

That’s why millions of Americans take multiple fish oil gel caps a day to supplement their omega-3 intake. Unfortunately as much as 90 percent of the potential benefit of fish oil may be lost due to poor absorption. But, there’s a better way to realize the benefits of omega-3s. And, it’s found in the miniature sea creature called krill.

Here’s how krill oil can help you reap the benefits of omega-3s:

It has a tolerable aftertaste
Many of my patients appreciate that they no longer have a fishy aftertaste, burps and digestion reflux that they experienced with fish oils. Typically, krill oil comes in smaller-sized softgels (500mg), which makes them easier to swallow.

It’s bioavailable
The unique quality of krill oil is its natural composition: It contains omega-3 fatty acids attached to phospholipids instead of triglycerides like in fish oils. What does this mean for you? It is more effective, as it allows the body to absorb more of the omega-3, so you can take lower doses of EPA and DHA than typically required for fish oils.

It’s stable
Krill oil contains a powerful antioxidant called astaxanthin. It helps avoid spoiling in your cabinet and in your stomach. Plus, the antioxidant protects cells, organs, and body tissues from free radicals.

It’s pure
Krill has non-detectable levels of mercury and other toxins that can be found in fish oil. Because krill is at the bottom of the food chain, it feeds on phytoplankton and not over other fish that have been accumulating mercury. Krill comes from the cleanest ocean we have— the Antarctic— and is therefore considered the cleanest, purest source of omega-3.

It’s sustainable
Krill is the largest biomass in the world (about 500million tons). Less than 1 percent of the krill that live in ocean is actually harvested each year. The Antarctic krill population is highly monitored by The Commission for the Conservation of Antarctic Marine Living Resources (CCAMLR). Other organizations such as Friend of the Sea (FOS) and Marine Stewardship Council (MSC) certify that vessels comply with strict krill sustainability criteria, which ensure krill stock is not overfished.

In sum, krill oil provides a superior source of omega-3 fatty acids, which benefits our overall health in so many ways.

1. It promotes cardiovascular health
Omega-3 fats (primarily EPA and DHA) have shown many benefits for cardiovascular health for various reasons, including combating inflammation in the blood vessels, lowering triglyceride levels and LDL (bad) cholesterol, and raising HDL (good) cholesterol. Studies have also shown benefits to diabetics by reducing inflammation and blood sugar. They also tend to lower blood pressure and, because of an anticoagulant effect, can help prevent and treat atherosclerosis by inhibiting the development of artery-clogging blood clots, which can cause heart attacks and strokes. For this reason, they should not be given to patients on blood thinners without consulting a doctor.

2. It reduces inflammation and may prevent arthritis
Studies have shown that krill oil prevents inflammation and reduces existing inflammation. Experts believe that’s because omega-3s are transformed in the body to potent hormones called eicosanoids, which control a number of important functions and trigger the secretion of anti-inflammatory prostaglandins, which have been shown to reduce CRP (c-reactive protein) levels.

3. It enhances neurological development in newborns
Studies have indicated that adequate omega-3 consumption during pregnancy through either high-seafood diets or nutritional supplements results in improved neurological development in children. Omega-3 fatty acids, especially DHA, are critical for the fetal and early childhood development of the brain, eyes and central nervous system. Studies have also shown benefits in children with autism and ADHD.

5. It has anti-depressive effects
Some research shows EPA and DHA are as effective as antidepressants in improving mood. EPA is believed to enhance mood by reducing inflammatory processes in the brain. DHA appears to have hormonal effects by increasing the amount of corticotropin-releasing hormone (CRH), which has moderating effects on mood. DHA also increases the dopamine and serotonin levels, which improve mood and help alleviate depression.

This research suggests that anyone can benefit from krill oil, with a dose starting at 500mg per day. Higher doses are recommended for lowering triglycerides and reducing symptoms of PMS. When shopping for Krill make sure that 40 percent of its total oil content is phospholipids (e.g. 400mg out of 1 gram) and that it contains at least 750micrograms of astaxanthin per gram. Look for the shelf life to make sure it isn’t old. If the label has FOS or MSC logo, that is a bonus because it helps to ensure sustainability.

In a nutshell, omega-3s are essential to good health with over 800 thousand human clinical studies, and krill is a fantastic source of the nutrient.

Dr. Goodman is board certified in cardiology, internal medicine, lipidology (cholesterol management), integrative medicine & cardiac CT. Dr. Goodman is currently a Clinical Associate Professor and the Director of Integrative Medicine at NYU. His area of special interest is prevention, early detection and treatment of cardiovascular disease with an integrative approach for optimal patient health care. www.DennisGoodmanMD.com