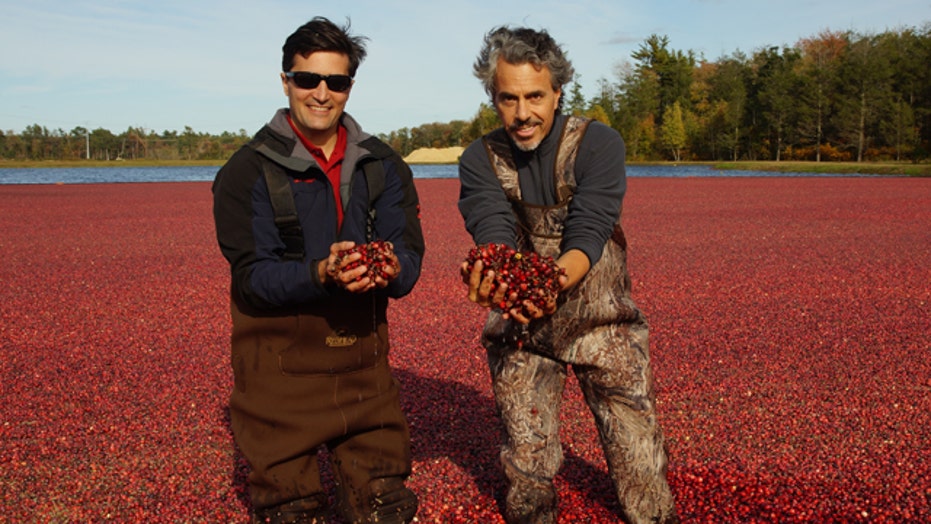 The health benefits of cranberries

Carver, Massachusetts contains the greatest concentration of cranberry production in one place in the entire world. The Medicine Hunter, Chris Kilham, checks it out and finds out all the reasons we should be eating cranberries for our health

Carver, Massachusetts contains the greatest concentration of cranberry production in one place in the entire world. The town, just a few miles from Cape Cod, is home to major cranberry producers, whose fruits find their way into juices, sauces, and nutritional supplements. In early October during the harvest season, Carver is swarmed with huge trucks hauling cranberries to processing centers.

On a crisp, clear day, I found myself up to my waist in a cranberry bog, discussing the merits of cranberries with “Cranberry Dan” Souza, who grew up on Cape Cod and has worked in the cranberry industry for more than a decade. Dan’s enthusiasm for cranberries is exceeded only by his knowledge. He has borrowed waders for us to wear from his former employer Decas, one of the major cranberry companies. In the waterproof gear, we looked like trout fishermen in a sea of red berries.

“Cranberries are super rich in antioxidants,” Dan told me. He explained that the berries, which originated from North America and were a favored food of native people, are high in proanthocyanidins (PACS), a class of antioxidants that not only slow the aging process of cells in the body, but help to repair and rejuvenate tissue as well.

“Most people know one of the main health benefits of cranberries, and that’s for preventing UTIs,” he explained. Urinary tract infections (UTIs) are caused by bacteria that colonize in the urinary tract. “Cranberries make it hard for the bacteria to adhere to tissue walls in the urinary tract, so they’re expelled from the body through the urine.”

While Dan went through the health benefits of cranberries, a team of men was busy installing a gigantic vacuum cleaner in the pond near where we were standing. The machine is used to hose up all of the berries in the pond – maybe as much as 50 tons in all – within a scant half an hour. We had already seen this process, having observed men in another cranberry bog rake berries toward the vacuum cleaner, which shoots the berries into a conveyor that hurls them into a truck at high speed and high volume.

It turns out that cranberries are also of benefit for men with prostate trouble, who experience frequent night urination and incomplete voiding of urine. “With the right cranberry extract, a man can get up fewer times in the night and urinate more completely,” Dan said. “In effect, the cranberry helps to eliminate more urine.”

The scene in Carver was impressive and pretty. One huge bog after another was flooded when the berries were ripe. Tractors entered the bogs and stirred up the cranberries, detaching them from their vines. The berries floated to the surface of the flooded bogs, covering the blue water with a surface of brilliant red, like a sea of rubies. Men moved in with the giant industrial vacuum cleaners. Huge trucks came and went. The place was busy, and the harvesting was loud.

The cranberry harvest was both beautiful and amazing to watch. The men in the bogs worked with practiced efficiency, and they appeared to be enjoying themselves. I asked one cranberry harvester named James how long he had been at this. “My whole life. I never wanted to do anything else, and I still love it. For me, it’s the best job in the world.”