Emilie wore colored contact lenses as part of her Halloween costume but woke up in agony the next day after the holiday accessory left her with damaged corneas.

An 11-year-old girl went blind for four days after wearing colored contact lenses for Halloween, her mother said. Emilie Turcotte woke in agony screaming her eyes were "burning like fire" the morning after she wore them to go trick-or-treating with pals.

Mom Julie pried open Emilie's weeping eyelids with her fingers and said her eyeballs were "blood red". She told her local paper the Montreal Journal: "For four days we were so scared. She could not see anything. All that for Halloween contact lenses."

Emilie gradually regained her sight but doctors ordered her to wear sunglasses for a month to let her damaged corneas heal.

Now her mom is warning other parents of the danger of the lenses, which are commonly available as part of Halloween costumes and have been worn by celebs such as Kylie Jenner.

Emilie, of Montreal suburb Blainville, was one of six friends who bought similar costume lenses.

She wore them for around four hours at school then took them off for dinner. 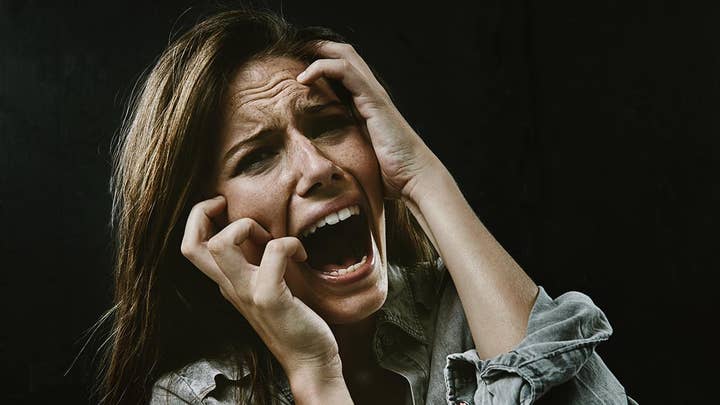 Then she wore them again to go trick-or-treating with pals and removed them before going to sleep.

Doctors explained that the lenses had damaged her corneas.

"When you lose your eyesight, it cannot be replaced," her mom warned. "Contact lenses are a good disguise, but at what price?"

Canadian eye care experts are calling for the sale of colored contact lenses to be banned unless medically required.

Eric Poulin, president of the Quebec Association of Optometrists, said: "It is a medical product and it should be treated as such. They are sold everywhere, but they should not be."