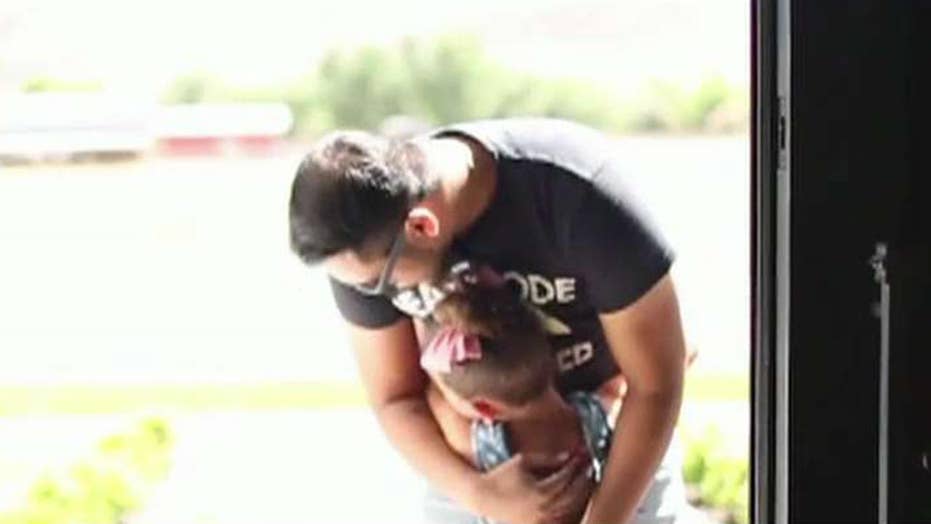 The video of a 7-year-old Utah girl meeting the National Guard veteran who donated bone marrow years ago that saved her life went viral.

The Deseret News reported that Adriana Aviles was diagnosed with leukemia about three years ago and did not respond to treatment. So doctors wanted to perform a bone-marrow transplant and had to find a match.

Enter Mike Laureano, 29, a U.S. Army veteran who served eight years in the National Guard, and served in Iraq.

Laureano had registered on the Be The Match registry while taking classes at college. Shortly thereafter, he was told that he was a match and followed through with the donation. The girl recovered and her mother reached out to Laureano to set up the meeting.

“I woke up one morning about two years after surgery, I had a Facebook message from Adriana’s mom, ‘You don’t know me but if this is you, I just want to share that this is the little girl you saved two years ago.' I pushed my wife and said, 'Look at this!' I always wanted to meet them,” he told USA Today.

Aviles could be seen in the video crying before meeting Laureano and then embraced him at the door. She said, “Thank you so much,” through sobs.

Laureano talked about the importance of signing up for donor registries.