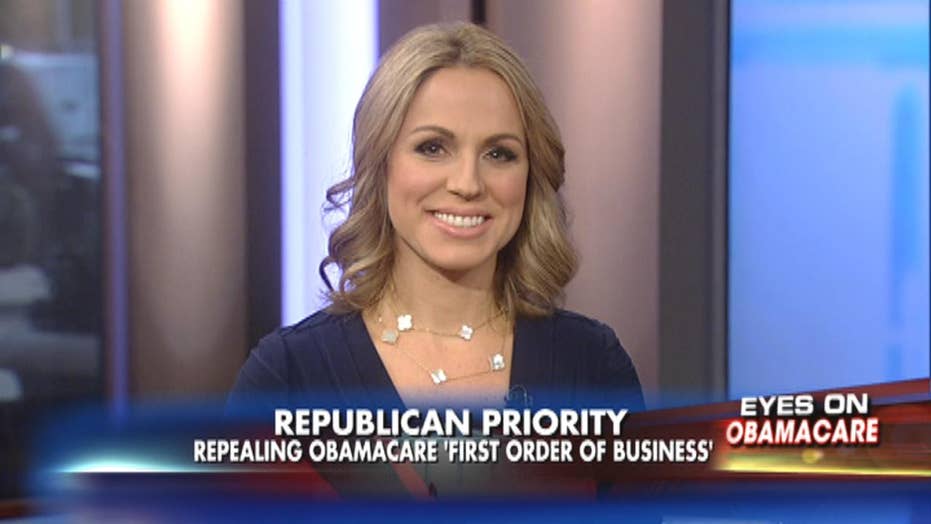 How will repealing Obamacare affect you?

Dr. Nicole Saphier weighs in on Fox and Friends about what repealing Obamacare will mean for you

President Obama and Republican leaders are going head-to-head on Capitol Hill over the fate of ObamaCare, with Republicans vowing to move to quickly scrape the law.

“The first order of business is to repeal and replace Obamacare,” Vice President-Elect Mike Pence told press at Capitol Hill on Wednesday. “We are also working on a series of executive orders that the President-Elect will put into effect to make sure there is an orderly transition during the period after we repeal ObamaCare.”

On Thursday’s Fox & Friends, Ainsley Earhardt spoke with radiologist Dr. Nicole Saphier, of Memorial Sloan Kettering Cancer Center, to find out what this change means for you and your family.

“Without a doubt, something momentous is brewing in Washington now,” Saphier told Earhardt, adding that the majority of the repeal of the Affordable Care Act (ACA) will need to be done by legislative action, which has already started.

Although the ACA won’t necessarily be repealed, removing funding will accelerate its demise, Saphier said. Without the penalities and mandates, there is no guarantee on the subsidies and tax credits.

“Therefore, the few remaining insurance companies in the marketplace are going to quickly be pulling out, leaving patients with fewer coverage options and, worst-case scenario, we could have a collapse of the insurance market, which would potentially lead us to possible bailout from the federal level,” Saphier said.

On the upside, there are seven Republican proposals ready to go to replace the ACA, she added.

“Part of it is we need to be giving states a little more individuality,” Saphier told Earhardt. “We’re a diverse nation. What is working in California are some of the provisions of the ACA. Next door in Arizona, the patients are drowning in skyrocketing premiums in an unsustainable system.”

Saphier said that block grants for Medicaid, and other provisions, will give states more freedom to use their funds.

“In terms of big change from the Republican proposals opposed to ACA … you will see premiums based on age, not necessarily on income,” she said.

For example, a 22-year-old would not pay the same as a 6-year-old, Earhardt noted. Saphier added that the enrollment for 20-year-olds is far below what President Obama expected.

“People who are enrolling are the sick and more elderly, and everyone is paying for it,” Saphier said.

Republican proposals will bring the popular provision of pre-existing conditions, with a caveat.

“If you have cancer and you’re on employee-sponsored plan, but you want to go on your own individual plan, as long as you go from one to the other, that second plan has to treat you the same,” Saphier said. “They can not take your condition into consideration, can’t charge you more. However, if there is a lapse in coverage, they will still be required to offer you coverage possibly at increased rates.”