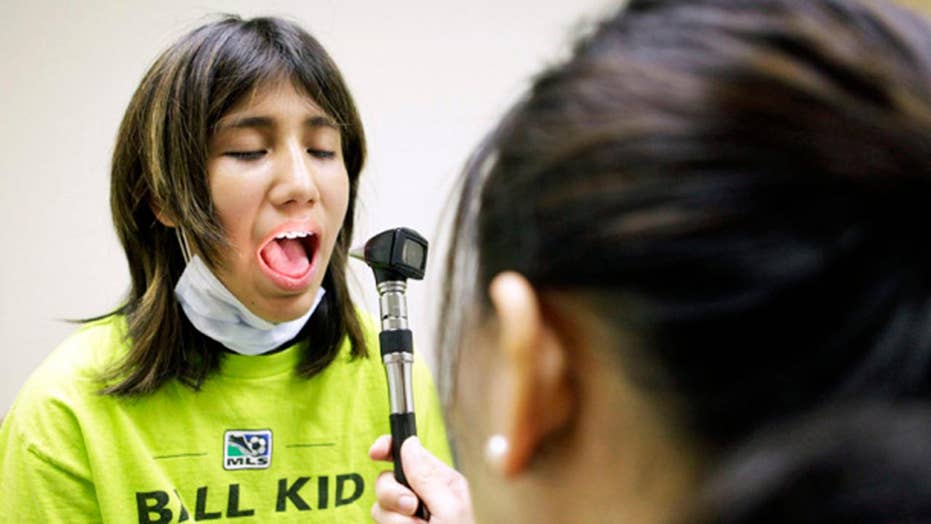 What to do if you have the flu

Top tips to feel better when you're sick

With virtually every state reporting influenza outbreaks, the Centers for Disease Control and Prevention (CDC) said this season is looking worse than last year’s, leaving many wondering what they can do to prevent it from spreading. Physicians and health officials recommend getting the flu shot, but even that’s not a fool-proof defense against the virus.

“The flu shot is not a perfect solution, it’s a good solution,” Dr. Richard Schutzer, a vascular surgeon at NewYork-Presbyterian/Columbia in New York, told Fox & Friends on Tuesday. “Every year it ranges a little bit – the estimate is about 60 percent of the time it will prevent the flu from happening, but that still leaves 40 percent.”

Schutzer said that even though patients can still manage to get the flu despite being vaccinated, they contract a less severe strain of the virus. He added that while there was a large uptick in the number of cases reported in December, it still hasn’t reached peak flu season, meaning there is still time to get the flu vaccine.

In addition to the vaccine, Schutzer recommends following his “ABCs” of flu prevention which includes a plan to “Attack,” “Barricade” and “Clean.”

“The best defense is a good offense, so as I said it’s not too late to get the vaccine yet,” Schutzer said, explaining the attack portion of his formula. “In addition, if you do have flu symptoms, let your doctor know. If they know within the first 48 hours there are several antiviral medications that they can start you on that not only decreases the duration of the disease, but also decreases severity of it.”

Barricade, Schutzer said, means staying home once you are symptomatic of the flu to prevent it from spreading to others. The final component of Schutzer’s guide involves cleaning your home, workplace and other places you spend time.

“You don’t know what is being spread around you at that time, and we are spending a lot more time indoors, especially in the northeast,” he said.